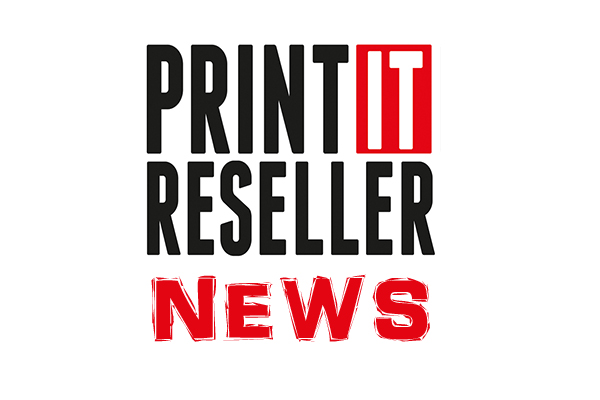 KYOCERA Document Solutions has completed the landmark acquisition of Annodata, one of the UK’s largest independent providers of managed print and ICT services

This is not the first channel acquisition the company has made. In February 2016, Kyocera UK bought the remaining 80 per cent share of a smaller UK dealership. But importantly, the acquisition of Annodata was led by Kyocera Corporation in Japan, a move which characterises the size of the deal, as well as one which signals the company’s intention to draw on Annodata’s expertise to strengthen its channel partner programme with the addition of ICT services, on a global scale.

Commenting on the deal, Hironao Katsukura, Kyocera UK Managing Director said that the UK has been a major success story over the past seven years and that the acquisition gives Kyocera a great platform to further grow throughout the region in the coming years. “Annodata is a well-established, influential national player with similar business ideals to our own, as well as having important vendors, technologies and a very strong value adding culture in common,” he added.

Kyocera UK Marketing Director Nigel Allen, told PrintIT Reseller that although overall responsibility of the business will rest with Kyocera, Annodata will remain a completely separate business entity, with its own independent strategy and management team. “Annodata will continue to work as an independent dealership and we will keep the brand, albeit referencing that Annodata is part of the Kyocera family,” he said.

Annodata co-founders Andrew and Tim Harman, will continue to support the Annodata management team, bringing a wealth of knowledge and customer relationships gained from almost 30 years at the helm of the business.

Andrew Harman said: “This marks a significant opportunity for our partners, customers and people as we become part of the global Kyocera family and continue the journey we started back in 1988. With the significant resources and support of Kyocera we can remain committed to our principles, innovate new solutions and services tailored to rapidly changing market needs, and ensure we are well placed to meet customer demands.”

The dealership has long-standing relationships with a number of printer manufacturers including Canon, Kyocera, HP and Ricoh. One could argue that this could present a potential conflict and begs the question that Annodata will ultimately become a single-line reseller. But Allen insists that will not necessarily be the case.

“We are one of Annodata’s largest print suppliers and have about 55 per cent of MIF,” he said. “Yes, we do of course want to further increase our sales, but what we have to do is respect their customers’ wishes. As a manufacturer, we have to accept that some customers chose to partner with an independent reseller as opposed to an OEM. That’s a route many businesses go down in order to have choice.”

Allen acknowledged that other vendors have particular strengths in certain markets, which makes them a better fit for some customers. “We respect that,” he said, adding that it will be ultimately down to the other manufacturers if they wish to continue partnering with a business that is now wholly owned by a competitor.

There were a number of reasons behind the acquisition. First and foremost, according to Allen, was the fact that Annodata has successfully developed its offer and is successfully delivering ICT services. “The deal significantly increases our capabilities, adding further value to our already extensive product offering with the addition of ICT services,” he explained.

“Over the past twelve months we’ve seen a lot of consolidation in the market, from the OEMs’ point of view – Foxcon
Technology Group acquired Sharp, Samsung sold its printing business to HP and more recently Lexmark announced the completion of its acquisition by Apex Technology and PAG Asia Capital. The number of resellers is also shrinking, with many being bought up by some of the bigger players and their operations integrated into their businesses,” Allen said.

Allen believes that this pattern will continue. “We will see more moves, a number of dealership business owners have got to an age or a point where they are weighing up options and reviewing what they want to do in the future. I frmly believe that there will be more consolidation and the market will shrink further.”

He added that the acquisition provided Kyocera with an opportunity to future-proof both its own and its partners’ businesses. “We needed to secure our route to market. Print is an important market for us but we also see a real value add in the ability to widen our offer and extend further into the ICT solutions arena. Over the past four years Annodata has been very successful integrating this into their business model and winning deals that don’t involve print.”

Kyocera will be drawing on the expertise of Annodata to strengthen the offering of its Channel Partner Programme for the UK and Ireland with the addition of ICT services.

“We will be looking at Annodata’s model and developing it so that our other channel partners can benefit on a global scale,” Allen explained. “Our dealers have a loyal customer base and evolving their go to market strategy and having the ability to offer new services, presents a great opportunity for them to secure more margin and more revenue.”

A sound approach when you consider that IDC believes that in the current market, imaging vendors need to extend their capabilities beyond managed print to incorporate ICT services. Mick Heys, VP Printing Imaging and Document Solutions at IDC said: “Such enhanced offerings will allow them and their channel partners to secure a stronger foothold in existing accounts and to win new business.”

Kyocera believes that the channel’s contribution in supporting its growth is crucial and remains committed to this as its primary route to market. “We are a channel business, the UK operation is 100 per cent channel, there are a few variations here and there, but worldwide, the vast majority of our business is transacted through our channel partners,” Allen said.

“Over the past few years, the company has bucked the trend in terms of sales when compared to sector performance. Our plan for next year is to maintain double digit growth and we will achieve that via our channel partners and by finding the best routes to market in an ever changing landscape,” he added.

“The message to our channel partners is a strong one and the news has been well received. We are a transparent company, we contacted our customers to tell them about this deal and explain the rationale behind it. In the main they agree that it is a good move.

“This acquisition adds significant capabilities to our overall proposition for the channel and maintains our commitment to support resellers of all sizes to increase expertise and leverage our solutions to better align their services with the rapidly evolving needs of customers, which ultimately boosts value,” Allen said in conclusion.