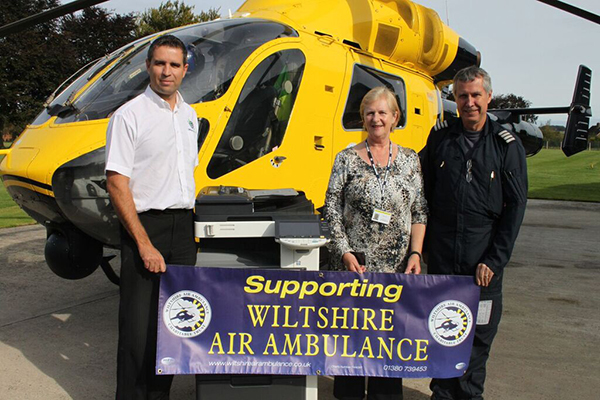 A business built on trust

One night over dinner, two neighbours came up with a plan to set up a copier dealership. Ten years on, the business and the friendship are both thriving.

Office Evolution, a Develop singleline dealership based in Semington, Trowbridge, was the brainchild of Matt Goodall, who at the time was an Account Manager for Olivetti, and Steve Davis, formerly Managing Director of a sales and marketing agency.

“It was the right time and we were in the right place,” explains Davis. “There wasn’t much competition in our area and we both agreed that colour was going to be big, so we came up with a plan and decided to go for it. Matt would head up the service side of the business and I would assume responsibility for sales.”

The duo set-up shop using Goodall’s double garage as an office and converting Davis’ garage into a storeroom. Fourteen months in, they bought a unit in Semington, where they are still based, shortly afterwards leasing additional space to store equipment, consumables and spare parts.

In his former role Goodall had had dealings with DSales and was familiar with the Develop brand. “We were impressed with the range and the brand’s strength in colour and so we arranged to meet them at a service station in Birmingham. On the journey there, all we could think about was convincing them to sign us up as a reseller,” he remembers. “It was only some time later that we discovered they had pinned all their hopes on us signing with them!”

“We didn’t buy a base; we started from scratch,” explains Davis. “It was tough at the beginning; we were out all of the time at appointments and winning new business. It wasn’t practical a lot of the time to get back to the office and email over orders.”

“What was great about working with DSales,” adds Goodall, “was that we could phone them between appointments, place an order and know the devices would be with us the next day. That really worked for us; we could confidently make promises to new customers knowing that we could deliver on those promises.”

Office Evolution predominantly serves customers within a 50 to 60 mile radius of its base, but it also has a number of national accounts, including some in Ireland. “As part of the wider DSales community, we’re able to utilise other partners who are geographically closer to support us in servicing those devices,” adds Goodall.

Top Ten
Office Evolution is DSales’ longest serving dealer. It has retained the Develop Dealer of the Year South-West title every year since DSales launched its annual awards and remains one of the distributor’s top ten dealerships. Last year, it won the Wiltshire Business of the Year Award.

Office Evolution is wholly focused on customer service. Perhaps uniquely in the industry, sales staff aren’t paid commission. “We do account management,” explains Davis. “We work for our customers, providing them with the solution they need, as opposed to the one that’s going to pay the most commission.”

Customer retention levels are really high. According to Davis, Office Evolution typically gains 50 to 60 new accounts each year and loses no more than one or two. “We’d rather invest more money in retaining our existing clients,” he says.

Around 97% of all sales are colour-led, with mono devices constituting a small part of the total business. Solutions sales continue to gain traction. “We’ve enjoyed success with Papercut and follow-me print, as well as Develop’s own convert+share and store+find software, which we use ourselves,” says Davis.

He adds that turnover has increased steadily by 10-15% year-on-year, even during the recession. “We were lucky that we weren’t badly affected. I think we continued to thrive as we’re not selling a luxury item; if your printer or copier breaks, then you need to replace it – it’s as simple as that. What we did do, however, was to focus even more on retaining the customers we had, and in some cases we even did the financing ourselves.”

Davis expects Office Evolution’s annual turnover to reach £1.6 million this year, rising to £2 million within the next couple. “We are in a strong position to reach this target very quickly. We have a complete range of hardware and software and we put around 90% of leased deals through Grenke, our preferred fiance partner.”

Over the next 10 years, Davis and Goodall plan to expand the existing team, which includes a three-strong sales team, fie service engineers, as well as back office and admin support staff, and are exploring Apprenticeships in a bid to attract new, fresh talent.

“Service is an important part of our business and having the right people in a customer-facing role is key for us,” explains Goodall. “Our engineers have an IT background and we train them up to maintain and service the hardware. The two worlds are becoming increasingly inter-connected and expertise in IT is becoming ever more important.”