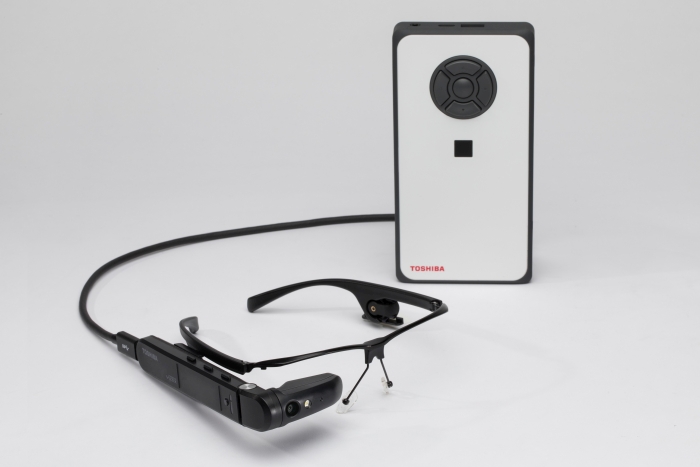 Sharp’s revival under Foxconn continues apace with the news that it is to buy Toshiba’s loss-making PC business for a reported $36 million. The deal to acquire an 80.1% stake in Toshiba Client Solutions Ltd. (TCS), with Toshiba retaining a 19.9% share, is set to go through on October 1.

As reported in The Japan Times, Sharp President Tai Jeng-wu is confident that Sharp can return the company to the black within one to two years. Foxconn’s manufacturing expertise combined with Sharp’s strength in display technologies give it a good foundation for success.

Perhaps most interesting is what the acquisition means for Sharp Business Solutions Group, which, as we reported in PrintIT Issue 49, is embarking on a strategy to expand its core MFP and display business with integrated solutions and leadership in emerging technologies, notably 8K displays and what Sharp calls AIoT, a blending of Artificial Intelligence and the Internet of Things.

As well as adding another component to the growing ecosystem of devices that Sharp can draw on when creating solutions for customers, the acquisition of TCS will strengthen its AIoT capabilities.

A key product in this context is the new Toshiba dynaEdge DE-100 high-performance Windows 10 edge computing device. With the power of a full performance PC, this portable device runs on Windows 10 and has a removable, replaceable battery offering 6.5 hours of use per charge.

In addition to its value as a mobile device, the DE-100 is applicable to the emerging areas of AI and IoT, where there is a growing requirement for devices that are able to process information locally.

Outlining the benefits of the device – the first to be certified for Microsoft’s Azure IoT platform – at a recent event in London, Damian Jaume, President of Toshiba Client Solutions, Europe, said: “Previously, people spoke about the cloud and edge computing. Now, you hear the terms intelligent cloud and intelligent edge. It’s easy to collect data and throw it up into the cloud, but to do something useful with it, the cloud has to be intelligent. Which is where AI comes in.

“Then, if you send all your data up to the cloud, you will have billions and billions of bytes, so the next question is do you need it all. A simple example would be measuring a machine’s vibration patterns to see if it’s working normally. If it is, you don’t need to send data to the cloud until something goes wrong. To identify that point, you need to analyse information locally. That’s the concept of intelligent edge computing.”

One of the key selling points of the dynaEdge DE-100 is its ability to perform this function with data coming from machines (e.g. cars or refrigerators), sensors or wearable technologies.

Smart glasses
As an example of the type of application supported by the DE- 100, Toshiba showed it working in conjunction with another of its new products, the Assisted Reality AR100 Viewer smart glasses developed in partnership with Vuzix Corporation.

There’s huge interest in smart glasses as a way to boost productivity, cut costs, reduce risk and enrich training. In a survey of 1,000 IT decision-makers for Toshiba’s research report Maximising mobility: Navigating the future IT landscape, 82% predicted that smart glasses would be used in their business within the next three years. Almost half (47%) of engineers plan to deploy them within the next 12 months.

To date, much of this demand has remained pent-up because there hasn’t been a solution that meets the requirements of enterprise IT departments, especially in relation to ease of management and integration.

“Smart glasses at the moment are all Android,” explained Jaume. “There are no Windows solutions, so a lot of people are thinking about it, talking about it, trying it, but they are not making the big leap and saying ‘OK, now I am going to integrate this into my IS solution’. We believe we are on the edge of allowing companies to make that leap.”

Because AR100 Viewer smart glasses are based on Windows 10, he says they will be easier to integrate and manage as part of an enterprise’s existing systems and, to that end, Toshiba is already developing an eco-system of solutions for specific applications and verticals (see box).

As Sharp Business Solutions Group seeks to establish itself as a complete solutions provider, the acquisition of TCS looks like a smart move.