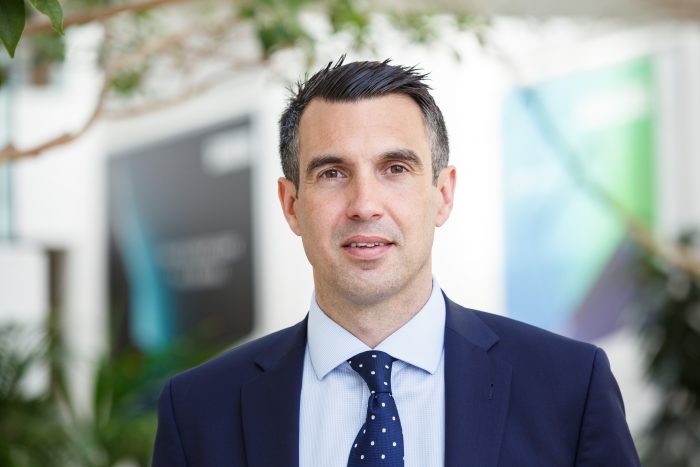 PrintIT Reseller (PITR): Congratulations on the new job, with your OEM background, this is a huge step change. How do you feel about making a move to the channel?

Mark Ash (MA): It doesn’t seem like a massive move to me. When I started my career in Xerox, I worked on customers’ sites and then, my first ever sales job and subsequent jobs in sales were working in distribution. At Samsung we sold exclusively via the channel, our channel was so strong, that at times the lines became blurred because we always worked in partnership. And indeed, with HP, the bulk (around 87 per cent) of the business is via the channel.

So it just felt natural for me to take the next step and actually join one of the channel partners. Several things attracted me to Altodigital and the number one proof point is the integrity of the brand.

PITR: You have 20 years of experience working with industry leaders, presumably that’s a value add in terms of delivering on the company’s growth plans?

MA: Customers increasingly need the ability to trust their provider and for the provider to have the capability to implement. Print doesn’t exist in a vacuum, it needs connectivity. The majority of the people at Altodigital have been there 20 even 30 years, which is unique in our industry, that’s trust and that ﬂows through to the customers.

If you then look at capability, as the company has grown, so too has its capability to implement – from unified comms, VoIP, managed IT services, it’s all there.

On the board, there’s a visible gap in the sales leadership, but the other areas are incredibly strong – that’s where I complement the team – with my ability to connect the sales side to the manufacturers.

In the past, OEMs have looked at partners as a means of fulfilment, but I think there’s a need for the two to work closer together and understand each other’s business needs and capabilities better.

PITR: Altodigital has announced plans to grow its UK business by 25 per cent within the next two to three years and its contracted device base in excess of 50 per cent whilst also expanding its suite of managed services. Where do you see the growth coming from?

MA: We are embarking on an exciting programme of organic growth, combined with strategic acquisitions.

Altodigital has got the scale and the presence, and an incredibly intelligent group of people that have done some fantastic things internally. I think there is a real opportunity to really showcase what we do, to expand it and move it more into a smart office model. It’s about simplifying and streamlining some of the processes and explaining to the customer how we can deliver services that they’re familiar such as on the consumer side, including on a subscription-based model.

PITR: You mention acquisitions – are there any plans to acquire or be acquired?

MA: The market is no stranger to acquisitions, nor indeed is Altodigital, which has completed a number of deals over the years. However, James [Abrahart, Altodigital CEO] has stated that we are definitely not in the market to be acquired. But making new acquisitions is something that is on the table.

PITR: Are there plans to increase headcount?

MA: The key is not to focus on the number of heads, but instead to focus on whether or not we have the right people in the divisions.

As part of the growth strategy, alongside re-engineering and simplifying processes, we will invest in hiring new subject matter experts to complement the existing teams and refine/enhance our relationship with the manufacturers. We will also build upon a commitment to the customer care and sales academy programme which trains young people to become part of the team.

Another really positive thing is that James is coming back into the business. He’s got a proven track record of making new ideas work and taking new concepts to market. It should be a really exciting journey, over the next year.