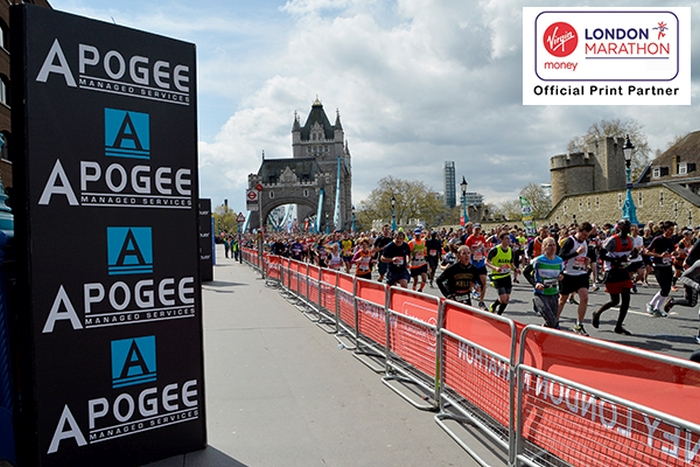 Apogee has acquired Danwood, a move that has created Europe’s largest independent provider of managed print services and increased annual revenues to over £250 million

The firm secured significant investment from Equistone Partners Europe, a pan-European, mid-market investor in September 2016, and has wasted no time spending the money, this latest deal is its fourth acquisition in just six months.

Additional strategic acquisitions completed by the Group include Glasgow based Direct Business Systems (DBS), a family-led business with a strong reputation for customer-focused local support and service built up over 21 years of trading. The company, which was bought in October last year, counts many high profile organisations amongst its client base, including distillers Whyte&Mackay, charity Sense Scotland, and the logistics specialist the Malcolm Group. DBS provides technology from four different manufacturer partners and the service operation supports an installed base of nearly 1,500 devices.

Just one month later, Apogee announced it had completed the acquisition of Hibernian Business Equipment Limited, one of Ireland’s leading print management and managed print service providers, giving the business a new Irish footprint. And in December, CityDocs, one of the UK’s leading specialist providers of in-house and outsourced print and digital document services was absorbed into the Group. The deal included Willow Graphics, CityDocs’ visual communications operation which provides creative services, large format and digital printing.

The acquisition of Danwood, reportedly the UK’s largest independent provider of document technology and managed print services to SMEs and the corporate and public sectors in the UK and Ireland, for an undisclosed sum, is undoubtedly a deal that the industry didn’t see coming.

By combining the two businesses, Apogee will create Europe’s largest independent provider of managed services for print, document and process technology. The purchase will significantly enhance its client base with the addition of over 10,000 retained customers and approximately 8,000 transactional customers. Furthermore, it will augment the service already provided to Apogee’s client base with the addition of a strong service network that supports hardware and software from multiple manufacturers including Kyocera, Xerox, HP, Samsung and Sharp, many of whom are also existing supplier partners of Apogee.

The existing Apogee Board of Directors, led by Joint CEOs Jason Collins and Robin Stanton-Gleaves, will continue to manage the Group following the acquisition.

Commenting on the deal, Collins said: “This significant acquisition for Apogee provides us with the scale and reach to be a leading player in the European market for managed print services. Danwood has terrific strengths that complement Apogee’s offering and strategy, including a large client base of major corporate businesses, government and public sector organisations, and a strong service network that will increase the Group’s coverage and capacity to support its clients across the UK and continental Europe.”

“Apogee is dedicated to providing its customers with best-in-class, proactive managed services and advanced workflow solutions,” Stanton-Gleaves added. “This offering, which has driven Apogee’s reputation as the first choice provider for multi-vendor print technology and service, has been a key driver of our recent strategic decisions. Having created Europe’s largest service provider with the addition of Danwood to the Group, we look forward to further extending our leadership in pro-active managed services and advanced workflow solutions.” Apogee stated its intention to continue to make further strategic acquisitions to drive its growth in the UK and Continental Europe.

Comparisons have been drawn with the Samsung/HP deal last year, and there’s has been a lot of social media chatter around the deal. As with everything, there has been a mixed response, however in the main, it’s been positive. A LinkedIn post announcing the acquisition by Phil Holvey, Group Commercial Sales Director at Apogee, got 107 likes and multiple comments a few of which are tabled below:

“Having spent 9 yrs at Danwood & 3 at Apogee, this is a truly ground-breaking acquisition, offering countless potential moving forward. Great work Phil Holvey and the Apogee team.”

“Great move Phil …erm can you ask Jason Collins to dig a bit deeper and buy some more please?? This continual reduction in the number of competitors is fantastic.”

“Congratulations on the Danwood acquisition, which transforms your business in Scotland, and represents an amazing opportunity.”

“I guess that firmly establishes Apogee as UK’s #1 independent Phil… arguably bigger than any of the mainstream manufacturers’ UK businesses… Heady times!!”

“Exciting times ahead. Good luck to all my friends at Danwood.”

The news however wasn’t welcomed by all, an article posted on Lincolnshire Business – Danwood has around 400 staff at its Lincoln site – reported that employees said that around 120 people will be made redundant, some of which will be put on three months ‘gardening leave’.

In the piece posted online, the publication reported that one employee told Lincolnshire Business: “It’s been very underhand. Danwood said that they had a 10-year plan and they have just sold out. There has been rumours for ages but Danwood had been saying everything was fine. I just think people should be aware.”

The employee added that many of the senior management team have already the business.