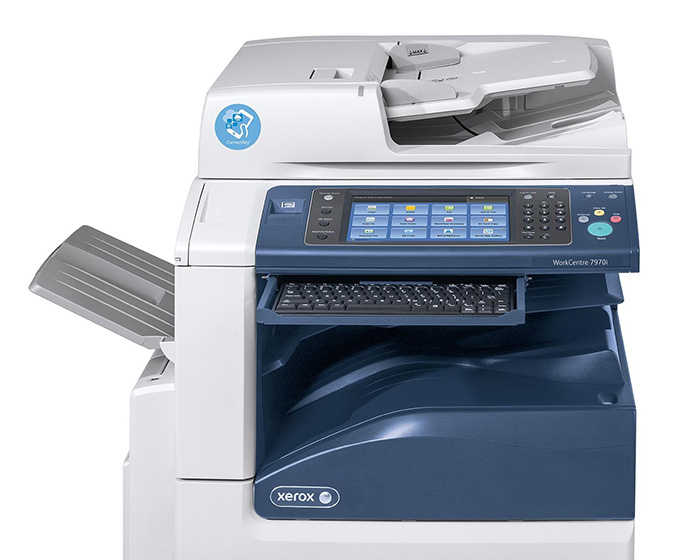 Xerox has enhanced the capabilities of its new i-Series of Xerox ConnectKey MFPs with ready-to-use apps that speed up paper-dependent business processes and make it easier for users to collaborate and work more effectively.

, senior vice president, Office and Solutions Business Group, Xerox, points out that the apps provide an additional source of revenue for resellers

He said: “The ConnectKey-enabled i-Series of MFPs allows businesses to go beyond printing, scanning, faxing and copying, and gives channel partners the tools they need to capture new recurring revenue streams.”

Ready-to-use apps accessible from the i-Series MFP interface include @PrintByXerox App, a free mobile cloud printing solution that enables employees and visitors to print securely from any mobile or network-connected device via a single email address; and a QR Code App that lets users print from and scan to a ConnectKey-enabled MFP by scanning a QR code with their phone/tablet.

Mobile Link is another useful app for iOS and Android devices. It enables users to create onetouch, automated workflows on a mobile device so that they can remotely control a Xerox MFP and transmit documents to fax, email and cloud-hosted services like Box, Dropbox and Google Drive. A new camera capture feature lets users route photos of documents taken with a mobile device directly to relevant departments.

In addition, the Xerox App Gallery is now pre-loaded directly on the user interface of i-Series MFPs, giving users easy access to a variety of apps from Xerox and its partners. These include the new Xerox Easy Translation Service app, which translates documents scanned or captured on a smartphone/tablet and uploaded to a web portal into more than 35 languages.