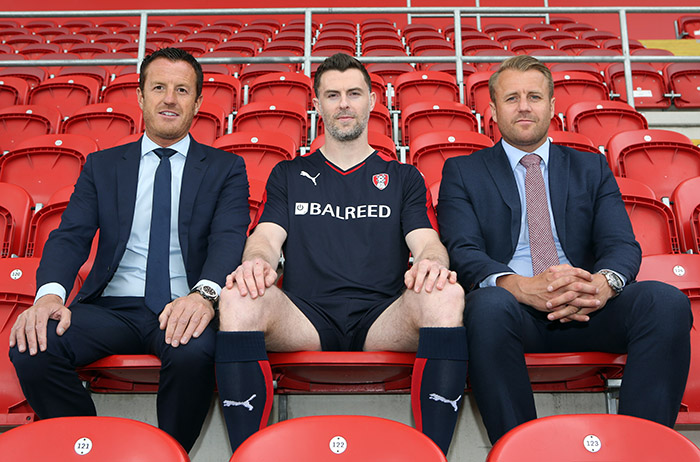 Balreed is the new sponsor of the Rotherham United 2015/2016 away shirt. Last season it sponsored the back of the home and away shorts and put its name to the AESSEAL New York Stadium scoreboard.

Rotherham United Commercial Director Steve Coakley said: “We are thrilled to continue to develop a very successful collaboration between Rotherham United Football Club and Balreed. Since our move into the AESSEAL New York Stadium, our partnership has flourished and the sponsorship of the away shirt for the forthcoming Sky Bet Championship is a fantastic deal for both parties.”

Richard Brewin, Director of Balreed, added: “Like Rotherham United, we grew rapidly last year and opened a number of new offices. We now have a large team in the north and we are looking forward to continuing to raise our profiles together through this partnership.”