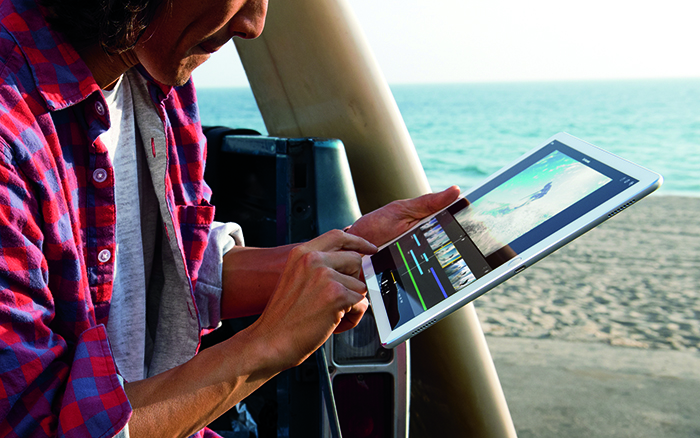 Best of both worlds

Data Corporation (IDC) show that Western European shipments of ultraslim convertibles and detachables (previously referred to by IDC as 2-in-1s) posted positive growth (44.7%) to account for 18.4% of total consumer shipments and 21.9% of commercial devices in 16Q1, up from 9.2% and 16.3% respectively a year ago.

This trend is even more signifiant, says IDC, in the context of a shrinking market. The Western European PC and tablet market contracted by 13.7% YoY in 16Q1, with total shipments reaching 18.2 million units. The decline was softer in the commercial segment, where the drop in shipments was in single digits (-5.2% YoY), while consumer demand fell by 18.6% YoY.

Detachable shipments grew 190.4% on a YoY basis in Western Europe, from about 500,000 to 1.5 million units over the course of a year. On the PC side, despite a 12.9% decline in PCs in Western Europe, convertible notebooks grew by 12%, driven by consumer demand. In the consumer tablet market, the detachable form factor continues to gain popularity, with shipments increasing almost fourfold from the same quarter last year, to just below 1 million units.

According to IDC, the performance seen in the convertible and detachable sectors highlights that purchases are driven by the need for portable, mobile and functional solutions and that despite the challenging market situation, these form factors have signifiant growth potential. The market uptake has been limited so far, but with more choices in terms of brand and price point, a growing number of end users are being won over by the new value proposition.

Andrea Minonne, research analyst, IDC EMEA Personal Computing, commented: “Customers are looking for solutions that allow for flxibility. We want to access information, create content, or communicate without constraints. Addressing such market demand represents an opportunity for IT vendors.

Convertible notebooks and detachables are the most suitable device to guarantee functionality and mobility at the same time. Both form factors have been well received in the market and have gained momentum across Western Europe.”

Detachables’ penetration continues to increase among both enterprises and professionals, with half a million devices shipped in the fist quarter of the year (up 92.9% YoY).

“Adoption among business users is only just starting,” said Marta Fiorentini, research manager, IDC EMEA Personal Computing. “We expect an acceleration in detachable deployments in the coming months as companies evaluate the new and more powerful commercial designs that have recently been introduced. Interest from enterprises is clear and this form factor seems to be a perfect fit with their mobility strategies. In some countries, we also see detachable deployments taking place in the public sector, which is usually more traditional in its form factor choices and often challenged by budget constraints.”

This trend is reflcted in the evolution of the different ecosystems and consequently OS. In terms of OS dynamics, Windows continues to account for over half of the combined PC and tablet market — strengthening its overall position due to the success of Microsoft’s detachable devices and increasing ODM designs for this form factor, which have increased its tablet market share to 13%.

As for PCs, Windows continues to dominate the market but performed slightly below average in the fist quarter of the year. Despite strong awareness of Windows 10, consumers have been slow to upgrade their hardware, while in the commercial segment most users have only recently renewed their old XP machines.

Android/Chrome OS ranks second with Android maintaining its dominance in the tablet market (over 60%), despite declining annual volumes due to market saturation and weak consumer demand. Chrome OS is still a marginal operating system in volume terms, but it is slowly gaining some ground in certain geographies and in education in particular.

Apple continues to play a signifiant role in the market, especially in the premium segment. The new 9.7in iPad Pro only started to ship in the last few days of the quarter, so has not yet had a major impact on iOS shipments in the fist quarter, though it should boost the outlook for the rest of year. In the PC market, OS X continued to grow its market share from last year, supported by the continued success of the MacBook Pro line. Moreover, the new MacBook launch in April will sustain portable shipments for the rest of the year.

Overall, the large installed base of Apple devices in Europe, combined with an extensive number of applications, makes OS X/iOS users among the most attractive for companies like SAP, which recently signed a partnership agreement with Apple.

While the overall Tablet market contracted in 2015, 2-in-1 Detachable

Tablets have become a bright spot. According to a new Strategy Analytics’ Tablet & Touchscreen Strategies report1, the segment is forecast to grow 91% over the next fie years due to lower prices and better designs.

The research organisation also points out that detachable tablets give traditional PC vendors like Asus, Acer and HP a niche in which they can credibly compete against mobile device heavyweights.

Eric Smith, Senior Analyst, Tablet & Touchscreen Strategies, added: “Vendors have refied 2-in-1 Tablet products in the last year to be affordable and functional and there is plenty of headroom for the segment to grow in the next fie years as White Box vendors seek to differentiate their low-cost products. The growth rate among 2-in-1 Tablets will far outpace those of traditional Slate Tablets, though from a smaller base, as they compete for the spot of the secondary computing device in the home.”

Key points from the report include:

By 2019, 2-in-1 Tablet growth will show a five-year compound average growth rate (CAGR) of 57%, compared to a 2% fiveyear CAGR for Slate Tablets;

After a decline in 2015, the overall Tablet market is due to return to modest growth in 2016, due to more innovative designs and enabling technology in 2-in-1 and Slate Tablets alike;

Microsoft has legitimised the Windowsbased Tablet with the Surface Pro 3 and the lower-cost Surface 3. In combination with the boom in 2-in-1 Tablet sales, the Windows Tablet market share will reach 10% in 2015.

Peter King, Service Director, Tablet & Touchscreen Strategies, said: “The timing could not be better for 2-in-1 Tablets as Windows 10 makes the multi-mode computing experience smoother; Intel’s Skylake processors hit the market at the end of 2015; and Windows Tablets have become more costcompetitive with Android Tablets. Windows provides a familiar environment for traditional PC vendors to compete in the Tablet market and also gives CIOs a higher level of comfort when considering higherend Tablets in the commercial setting.”