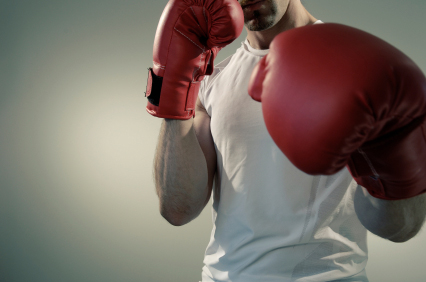 There has been lots of talk recently about unethical operators resetting device meters and selling old machines as new, with claims that their actions are damaging the industry’s reputation and impairing some dealers’ ability to win new business.

Here, some of the dealer community share their opinions on a shoddy practice that they say needs stamping out.

“We come across instances on a weekly basis where a business has purchased a ‘new’ machine that isn’t new. It’s widespread in the North West. Just last week we visited a customer to deliver toner for a device we supply and spotted that they had had a new machine installed that we’d not provided. As soon as I opened the door and saw that the toner cartridges were different, I knew that this was an old model that had been superceded by a newer one. Inspecting the paperwork, we saw that the details specifid and the serial number didn’t match the equipment supplied. Closer examination revealed that the mechanical meter, which can’t be reset, was covered with black tape. On taking that off, the customer was able to see the real volume – 800,000 copies – as opposed to the 800 the serial meter displayed.

“We are a service provider and have seen an uptick in the number of businesses approaching us to take out a service contract after they’ve been left with an unsupported device on a lease because the provider has gone out of business. In every case, these are old models that have reached end of life but which the customer has purchased in good faith.

“We are losing business because certain players are coming in and undercutting us, not by a few pounds but by hundreds and thousands of pounds. They are able to offer silly prices because although they say they are selling new kit, what they are actually doing is buying in used devices and resetting the meters to zero.

“It’s unethical and it’s driving us mad. We can’t possibly compete. Margins are tight on hardware as it is, even before you factor in the fact that we’re not operating on a level playing fild.

“We recently decided to take them on. When we were told by a potential new client that we hadn’t won the deal, we offered to do a free check on the new device and asked the customer to tell the other dealer that’s what was happening. Funnily enough, they pulled out of the deal, telling the customer he didn’t want to sell to them!

“We’ve contacted the OEMs to ask them to take action to prevent these guys clocking meters. I’m sure that they could do more. As an industry we’ve worked hard to clean up our act and we feel very strongly that the actions of a few unscrupulous vendors are having a negative impact on our business and our reputation.”

“I don’t believe that we’ve come across this, but that’s not to say that we haven’t. If we’re pitching for a deal and there’s a price difference with a competitive tender, then we work really hard on the numbers and do our best to keep the business. We very rarely lose out on a deal.

“It could be that in some cases we’re competing against these types of operation, and we’re dropping our price, absorbing the cost, when in reality they’re not offering like for like. But how would we know that?

“Maybe this is a hidden cost that we haven’t thought of. It might be going on and we just haven’t seen it. If you lose a customer, it’s rare that you get to see what they bought unless they come back to you at a future point.

“Perhaps the bigger message here is buyer beware: if a deal sounds too good to be true, then it probably is.”

“The modern digital photocopier typically has two types of meter, a traditional mechanical meter and an embedded digital meter. Neither is foolproof or beyond being tampered with.

“The traditional mechanical meter, as with an old car, can be tampered with easily and in most cases misaligned numbers and marks to the meter case will highlight that this has happened.

“Where real concerns start to appear is when tampering occurs with the electronic meter. Some aftermarket companies are now offering reset devices to enable dealers to provide zero meter counts at installation of a device.

“Whilst this practice is not illegal in itself, misrepresentation of the supplied product as either ‘new’ or having done fewer copies than shown clearly is.

“This practice doesn’t seem to be on the increase at the moment, but it is something that genuine dealers need to watch out for and advise customers what to look for. You cannot stop bad people doing bad things, but what you can do is advise customers of the pitfalls and remember that if a deal looks too good to be true then it probably is.”

“It pains me to say it, but there are a number of rogue operators still out there who adopt a number of underhand tactics to try to undercut the ethical operators in this industry.

“Selling second hand or nearly new equipment as new is the most prevalent practice. There are dealers that are installing devices that have been on loan, out on a trial or even been sat in a showroom for a while, after resetting the meters to zero.

“Recently we’ve been involved in a competitive tender that we believed we were close to winning. It was for three devices including a production print device; the order value was good; and we were very competitive. But we received a call from the customer saying they’d received an alternative bid that over the threeyear contract term was about £12,000 cheaper. When we queried it and asked them to check if the equipment was like-for-like and brand new, we discovered that the paperwork quoted ex-showroom equipment. That could mean anything.

“One way of tripping them up is to get the customer to insist the kit is delivered in the original packaging. Chances are they will say they don’t do that, which tells you all you need to know.

“We’ve also come across a number of instances where dealers are triple click charging. On one particular brand, you can set the meter to record per development as opposed to per click, which in essence means it clicks per colour, i.e. cyan, magenta, yellow and black, as opposed to each impression. Say for example the cost of a colour copy was 5p and a mono copy 1p, with this approach the customer would end up paying three x 5p for each colour and 1p for black, so the cost per colour copy would actually be 16p not 5p. It’s probably hidden somewhere in the small print but, again, it doesn’t represent a  transparent and honest approach to doing business.

“The downside is that once a customer has been bitten, they tar us all with the same brush, saying ‘you’re all the same’ when in reality we’re not.”

“I believe that there is a wider issue here. Whilst we haven’t heard of users having the meters clocked, there is still a lot of confusion regarding what a click actually covers. For instance, does an A3 print count as one click or two?

“There are also resellers who persist with charging colour prints per colour i.e. one click for cyan, one for magenta, one for yellow and one for black. We do come across users with these types of contract and they are rarely aware of how they actually function.

“Our belief is that simple, transparent service agreements are best for all parties.

We all know how hard new business wins are compared to existing customer renewals, so it is imperative to treat customers with fairness and respect to earn their loyalty.”

“We do come across this occasionally with some of our competitors. It depends on whether they are providing equipment as new when it clearly is not. Transparency is key for the client! As long as it’s clear what they are being provided with.

“In most cases, fiance is provided as part of the sale and all the fiance partners we work with have very comprehensive rules on new and not new equipment that protect both the client and reseller.

“For some years now we have tended to provide only new equipment as part of a Managed Printing Solution and the entire flet is tested, then pre-confiured and shipped to the client for installation.”

Services Managed Print Business “While it isn’t something we see happening often in our industry, unfortunately there are people out there who have no qualms about tampering with machines.

“This type of behaviour originates with unscrupulous dealers looking to gain from buyers, who may not realise anything is wrong with the equipment they are purchasing. For example, small businesses or schools without a huge need for printed materials might not know what discrepancies or signs to look out for.

“Fortunately, manufacturers have taken steps to prevent this rogue dealing by introducing electronic meters that cannot be reset. So it stands to reason that this problem predominately affects older technology, such as analogue machines with manual counters.

“The solution to combatting this fraud is to make sure buyers work with high quality providers and, where possible, always buy new rather than used machines – that way there is less scope for equipment to be altered, as it will have come direct from the manufacturer.

“To make sure people don’t get caught out, they need to be ‘buyer aware’ and ‘buy well’ from reputable dealers. If everyone in our industry joins forces  to crack down on this kind of dishonest  practice, then hopefully it won’t be long before it is stamped out entirely.”

“The process of clocking a machine is nothing new. Just as an unscrupulous car dealer can clock a car’s mileage, a photocopier can be clocked in order to make it look younger than it actually is. “It wasn’t all that long ago that most photocopiers had mechanical counters that could be replaced or simply turned back to zero or whatever fiure you liked. Nowadays, most machines have electronic counters and this makes clocking a lot harder, although not impossible.

“Some manufacturers have cottoned onto this with sophisticated electronics that prevent you from changing the counter. However, others are way behind and they still allow you (with a little knowledge) to reset the counter back to zero. The industry needs further tightening up to prevent this practice from taking place, and it needs to start with the manufacturers. Until then, rogue dealers will continue to pass on used equipment as new.”