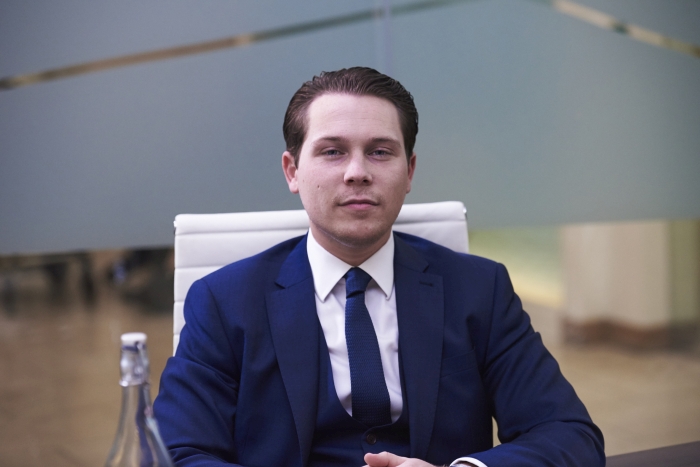 Carving a path to success

Aged 22, Matt Phauré started a business from scratch using his parents’ garage as a makeshift office. Office Oracle turned over £360,000 in its first year of trading and achieved sales totalling £1.45 million at the end of its fifth year

Phauré left school at 16 and talked his way into a number of jobs in the City. After the financial crash resulted in the number of openings for traders becoming fewer, and job security more tenuous, he joined a family-owned office supplies company. He spent a year working for the business, during which he developed a passion for the sector, which ultimately led him to take a leap of faith and build something from scratch.

“I had outgrown the company I was working for, there was little room for career progression, but the experience stood me in good stead. What I liked most was the fact that unlike investment banking and trading, where you might close a huge deal one month and nothing the next, this sector provided a steady income stream,” Phauré explained. “With smaller deals being conducted more frequently, the business ticks over quite nicely and if customers get great service, then they keep coming back.”

There were two key drivers behind the decision to found Office Oracle, the first, according to Phauré was his parents’ work ethic and the second was his passion for business. “My parents have always worked hard and growing up I saw first-hand that you have to work hard for things, they aren’t handed to you on a plate. I also have a true passion for business – I started doing deals in the playground selling sweets and such like!

“I love making deals, negotiating, presenting and forging long-term relationships, and decided to create a company that would enable me to put my talents to good use,” he added.

Phauré started from scratch, his first step was to open an account with Spicers. “Spicers took me on as a new start-up and they have supported me from day one,” he said. From a standing start, the company achieved record sales figures, attaining between 20-30 per cent growth year on year. This year Phauré is targeting £2 million.

Office Oracle today employs 21 people and has office and warehouse space in Charlton SE7. The company serves customers in seven London postcodes and counts a number of high profile brands amongst its client base. “Location is really important to us, we keep our geographical reach tight, which ensures that we can deliver on our promise to provide outstanding customer service,” Phauré said.

The business was initially established as a traditional office supplies provider, however Phauré’s mantra to only conduct business face to face has paid dividends in terms of enabling diversification into other complementary areas such as MPS, franking machines and high-end furniture, which has created additional profitable revenue streams.

“We conduct a full business audit for each and every customer, a process that ensures we fully understand their business and requirements. This enables us to tailor our offer and provide them with the right mix of products, services and solutions, on time, every time. As part of this process, we identified other areas where clients required additional support, and made a strategic decision to expand our offer to deliver additional value-added services,” Phauré explained.

Office Oracle chose to partner with sector specialists as opposed to spreading themselves too thin. “Last year, we partnered with a large London-based MPS provider and in addition to our core business, we won an international office MPS deal,” he said, adding that the company is now in further negotiations to formalise that relationship. Office Oracle will also soon complete on the purchase of a printing company, a move that will further increase share of customer wallet as well as group turnover.

People are at the core of the business. Phauré said: “I have two key objectives – to ensure my employees are happy and to provide them with the opportunity for career progression, and to listen to my clients’ ensuring that we support them and their business.”

Looking ahead to 2017, Phauré is focused on growth. “The foundations are laid and the business is in a strong position. We will do some more work on refining our offer and establishing distinct, dedicated divisions such as office products, interiors, MPS and printing, ensuring that our clients continue to reap the reward of our dedicated, bespoke service,” he concluded.