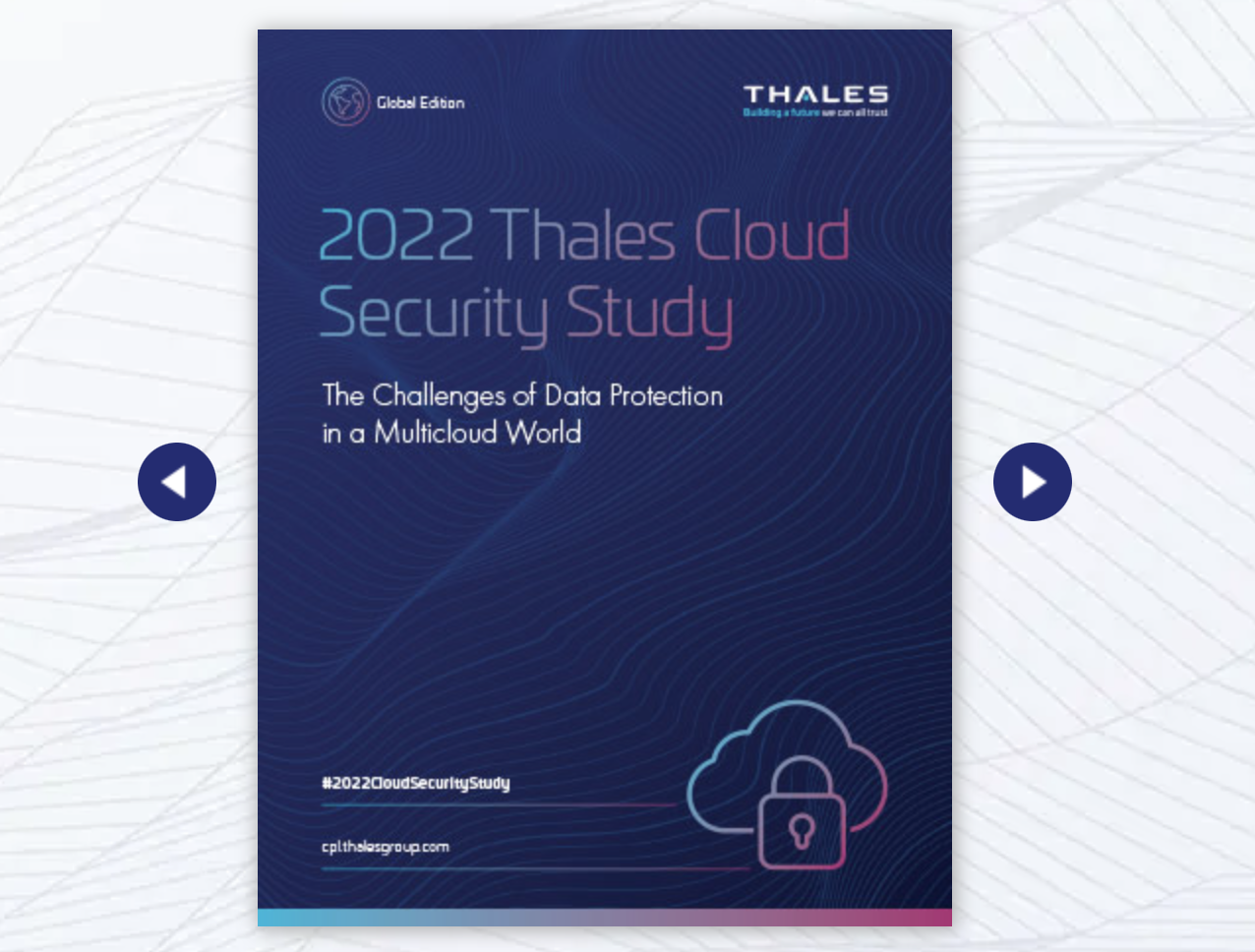 Cloud complexity on the rise

The 2022 Thales Cloud Security Study reports that 45% of businesses have experienced a cloud-based data breach or failed audit in the past 12 months, up 5% from the previous year, raising even greater concerns regarding to protecting sensitive data from cybercriminals.

Globally, cloud adoption and notably multi- cloud adoption, remains on the rise. In 2021, organisations worldwide were using an average amount of 110 SaaS applications, compared with just eight in 2015, showcasing a startlingly rapid increase. There has been a notable expansion in the use of multiple IaaS providers, with almost three-quarters (72%) of businesses using multiple IaaS providers, up from 57% the year before. The use of multiple providers has almost doubled in the last year, with one in five (20%) of respondents reporting using three or more providers.

Despite their increasing prevalence and use, businesses share common concerns about the increasing complexity of cloud services with 51% of IT professionals agreeing that it is more complex to manage privacy and data protection in the cloud. Additionally, the journey to the cloud is also becoming more complex, with the percentage of respondents reporting that they’re expecting to lift and shift, the simplest of migration tactics, dropping from 55% in 2021 to 24% currently.

With increasing complexity comes an even greater need for robust cybersecurity. When asked what percentage of their sensitive data is stored in the cloud, a majority (66%) said between 21-60%. However, only a quarter (25%) said they could fully classify all data. Additionally, nearly a third (32%) of respondents admitted to having to issue a breach notification to a government agency, customer, partner or employees. This should be a cause for concern among enterprises with sensitive data, particularly in highly regulated industries.

Cyber-attacks also present an ongoing risk to cloud applications and data. Respondents reported an increasing prevalence of attacks, with a quarter (26%) citing an increase in malware, 25% in ransomware and one-fifth (19%) reporting seeing an increase in phishing/ whaling.

Published in Cloud and Cyber Security