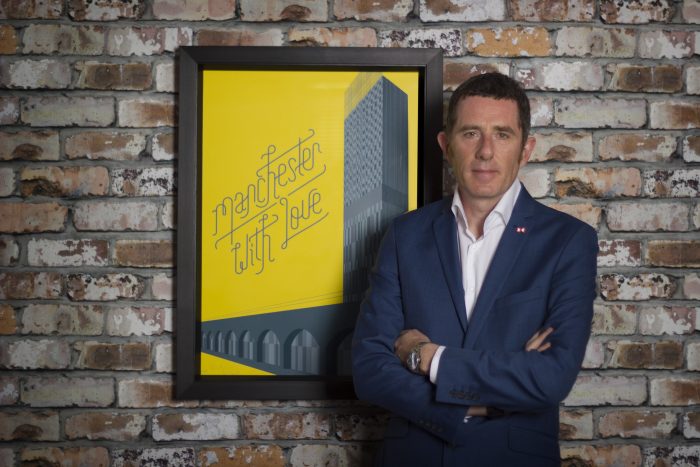 Fighting the fakes online has become one of the most pressing issues for all OEMs. Protecting IP, trademarks, brand reputation, company revenues and customers is an ongoing battle when you consider the sheer volume of websites/digital marketplaces that are available.

One of the biggest concerns is that e-commerce sites undoubtedly provide an easy in-road for crooks to push counterfeit (not to be confused with compatible) products, which are in many cases linked to organised crime. “The impact of counterfeits are wide and far-reaching,” Jones said, adding: “They are often associated with serious crimes such as tax evasion, money laundering, drugs, modern slavery and even human trafficking.”

Brother has been proactively countering counterfeiters online, through a partnership with Incopro, a specialist agency that polices digital marketplaces on the company’s behalf. “We have been working together since August 2018 and the results to date have been extremely impressive,” Jones said.

In the period August 2018 to November 2019, Incopro analysts have enforced on 145,000 listings across Europe that infringed Brother copyrights and trademarks. “That number equates to approximately 10,000 offers a month that we’ve had removed,” Jones said. “In total we have targeted 1,700 sellers across 28 digital marketplaces and had 67 websites taken down.”

At the peak, Incopro was enforcing 16,000 offers a month. “What’s most notable is that in the past four months or so, the amount of infringing activity is about half of what it was in August 2018, so our enforcement activities are clearly impacting,” he added.

Reputational risk
Another key issue with counterfeit consumables is the negative impact on Brother, its resellers and their end consumers. “Often people purchase counterfeit consumables in good faith. If for example, you do a quick internet search and you make your buying decision based on price, you may not be aware that what you are buying is a fake,” Jones said.

He continued: “If a consumer unintentionally purchases a counterfeit and subsequently experiences problems with their printer or is unhappy with the quality of their print-outs, that can have damaging consequences on brand trust and reputation – that’s another reason why we have to continue to fight the issue,” he explained.

False economy
For many buyers, choosing the lowest cost solution seems the obvious way to save money, but, warns Jones, in the long run, it can end up costing more – and not just in terms of the pound note value.

“Counterfeit toners and inks can affect printer performance, for Brother that impacts on our brand reputation and as a manufacturer costs us more in customer support costs, but for the customer, printer downtime or failure negatively impacts the ability to conduct business as usual and adds to the hidden costs. The bigger issue, however, for businesses and in particular larger entities, is that they are leaving themselves wide open to noncompliance in terms of auditing and evidencing an ethical supply chain,” Jones explained.

Independently tested
You would expect an OEM to bang the drum that only genuine supplies will do, but the fact that non-genuine supplies may also present cost impacts, has been proven through independent testing.

Buyers Lab carried out a comprehensive study of Brother mono and colour toner cartridges, the results of which showed that Brother genuine supplies are safer, more reliable and of a higher quality than all of the nongenuine brands tested.

Buyers Lab discovered that 68 per cent of non-genuine toners had to be replaced before they were empty because of poor image quality. Tests revealed that original products delivered 57 per cent more yield than non-genuine, furthermore 70 per cent of the printers using non-genuine supplies needed a drum change before the stated drum yield had been reached.

Other issues the tests highlighted included the fact that 80 per cent of non-genuine brands suffered severe toner adhesion issues. “Good toner adhesion is necessary to ensure the longevity of printed documents, but there is also a bigger issue around security of information. If text and numbers can be easily removed with sticky tape or blu tack that puts the business at risk,” Jones said.

In closing, Jones says that educating the channel and end-users on the scale of the problem is key. “Check your supply chain, if something is too good to be true, then it probably is. The lasting impact on reputation and cost to serve is too high to ignore. The most concrete way to ensure supplies integrity is through a vendor approved managed print services agreement where a completely closed loop can be guaranteed. “