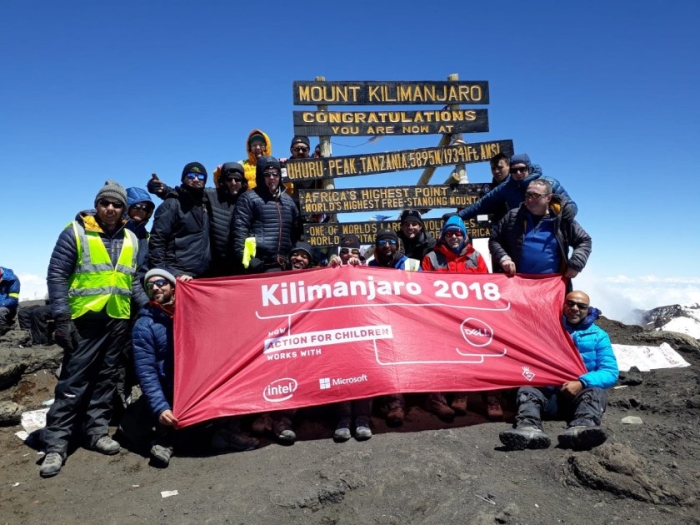 The IT professionals conquered the 19,000-feet summit after four days’ hard slog. Their efforts were rewarded on return to the UK where they smashed their fundraising target, collecting £105,000 to help the charity in its work supporting disadvantaged children across the UK.

The company has raised nearly £2 million for Action for Children over the past eight years.