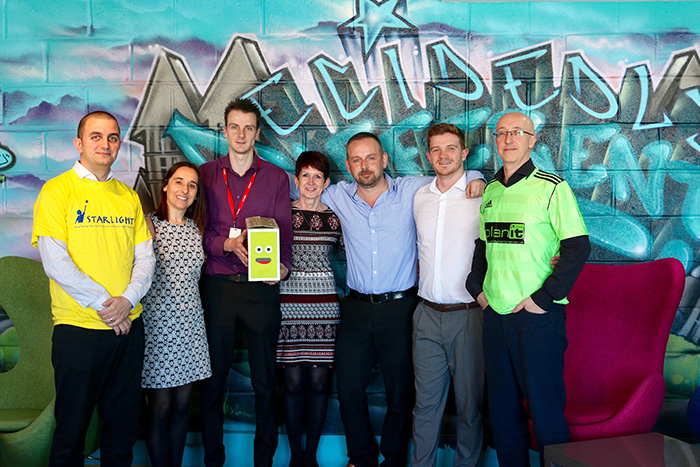 DMC Business Machines has hit the first quarterly fund-raising target in its 12-month Giving Back initiative.

The Croydon-based distributor has pledged to raise £10,000 for the for Starlight Children’s Foundation by making a donation for every Planitgreen toner they sell and through other fundraising activities including a 5K run, The London ColorVibe 5K, and The Purbeck Plod.

DMC successfully achieved its Q1 target of £2,500 in the first week of June. This will be used to fund 25 Starlight Distraction Boxes containing toys, puzzles and games that are used by doctors and nurses to distract seriously ill children from the tests and treatments that many endure on a daily basis.

In Q2, DMC aims to raise another £2,500, this time for Starlight Parties for hospitalised children. Since April, DMC has raised in excess of £3,300. Supporters can make donations to Starlight Children’s Foundation via the planitgreen team’s Virgin Money Giving account at.