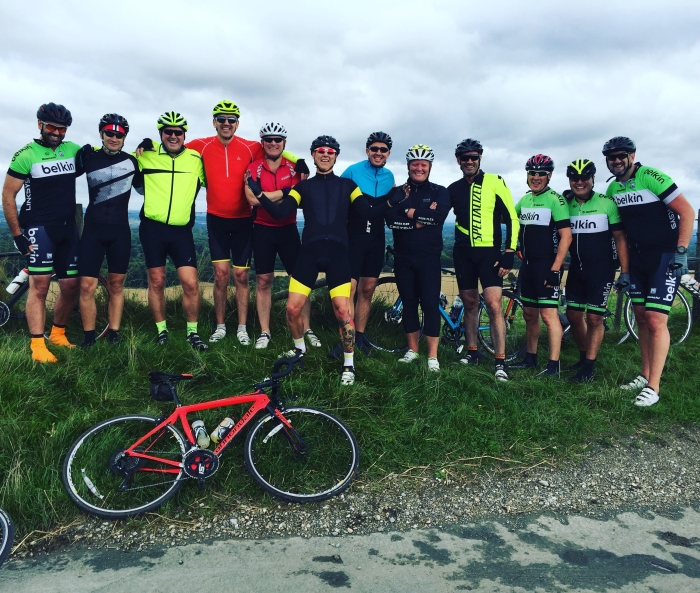 With the support of a number of its vendor partners, Exertis has raised £25,000 for Naomi House from a two day charity cycle ride.

Twelve cyclists, including Exertis directors and representatives from its vendor partners, took part in the event which was supported by Dell, Fujitsu, Samsung, Lenovo, Netgear, BT/Hive and Medion.

Cycling almost 200 miles from Basingstoke to Shaftesbury and back, the riders encountered a few traumas with five punctures, one buckled wheel and a broken chain all within the first three hours, followed by a knee injury, some strained muscles and quite a few sore spots.

Exertis Purchasing Director Mark Kahr said: “We are proud to have raised so much for our nominated charity Naomi House, for children and young adults with life limiting illnesses. A big thank you to all the riders and particularly the sponsors that supported us with their time and donations.”