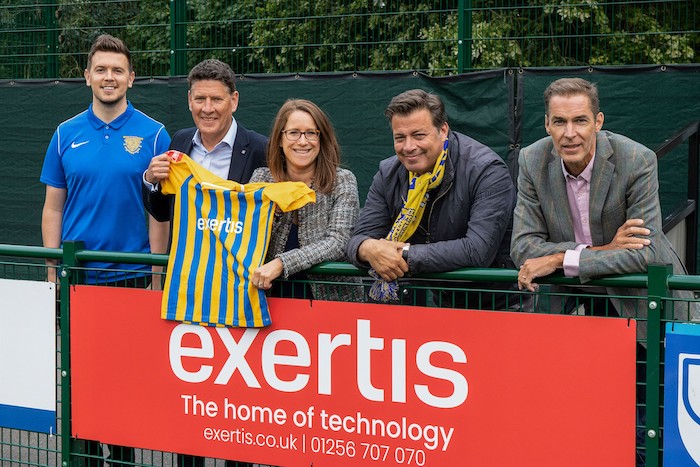 Exertis has extended its main club sponsorship status of Basingstoke Town Community FC for the 2022/23 season.

The agreement solidifies Exertis’ prominence on the Basingstoke Town kits. Exertis’ logo will be on both the home and away shirts, which now extends to all the club’s teams (16) which includes over 200 players. This year, thanks to
a new deal between the community club and new technical teamwear supplier Hope + Glory sportswear, Basingstoke’s adult kits will be made from 100% recycled bottles and a tree will be planted for each one sold.

Furthermore, Basingstoke Town Community FC have decided to join Exertis in supporting Mental Health UK as its chosen charity of the season.

Exertis UK Managing Director Paul Bryan said: “Continuing to support local sports, and the wider community, is an opportunity which we relish. Basingstoke Town had a great journey in their 2021/2022 campaign, and we’re pleased to be supporting them for the upcoming season.”

Basingstoke Town Chairman, Jack Miller, added: “Exertis has been a real asset to the community club and it’s fantastic that it’s joining forces with us again. We’re absolutely delighted to be partnering with Exertis again as we look to build on this growing relationship for the good of the football community in Basingstoke as a whole.”