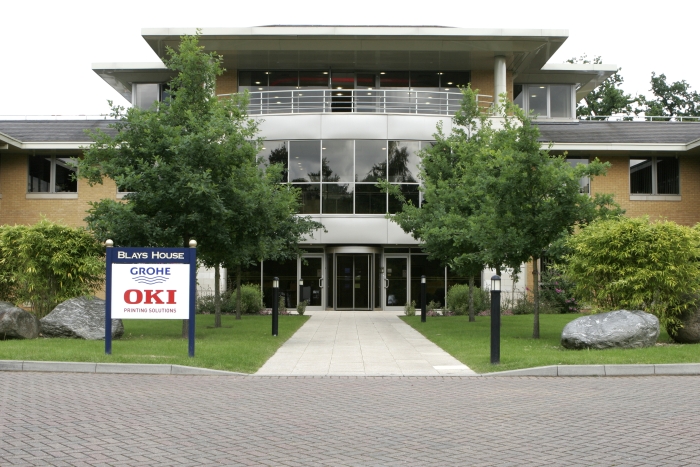 From salesperson to consultant

The printer market has had to adapt to technology advances and digitisation and the reseller landscape is evolving, Dylan Haworth of OKI Europe (UK & Ireland), explores how OKI reseller Copytype has successfully made the transition from salesperson to consultant

Whereas technology used to be a business facilitator, it is now increasingly becoming an integral part of business strategy. Inevitably, this has brought a dramatic growth in complexity as well as the need for creativity and innovation in those specifying, integrating and deploying the systems. Suddenly, it’s no longer enough for technology resellers to merely ‘shift boxes’. Their customers need the advice of experts on tailoring the products and systems they buy and on getting the best value from their investment.

This has left resellers with a number of choices. They might decide to carry on with a high turnover, low margin business model regardless and accept they’re operating in a shrinking market. Alternatively, they can evolve their business model and begin to sell their expertise alongside the technology, opting for a slower burning, but ultimately more rewarding, consultative sale.

Printers and printer vendors are a good example of this shift. As those in the business will know, this market has undergone a transformation linked to the growing complexity of software and the increasing digitisation of business. Anyone who thinks that this has sounded the death-knell for printers must think again. These devices no longer just sit in the corner to be used occasionally to print the odd document – they are an integral part of business workflows, managing and storing information with the help of integrated computing systems.

Instead of being just a printer, the hardware is now a ‘multifunction device’ including a scanner which can convert hard paper documents to digital. In this way, it becomes an important starting point of a digital workflow. Linked to an integrated computer system it can email digitised documents or store them so they are secure, but also easily accessible. Adapt to survive

So how do the companies selling these new solutions adapt their businesses to survive? To begin with, they have to address a whole spectrum of different questions that printer vendors never thought they’d have to answer. For example, print security is now a major concern, particularly with the imminence of GDPR deadlines and the publicity around recent series of high-profile cyber-attacks.

Tony Carey is Managing Director of Copytype, a Limerick-based printer supplier, selling a range of brands, but in particular OKI multifunction devices. In the business for over 30 years, Carey has been at the frontline of this change. Yet, he has been determined that Copytype should evolve to address the transition, rather than get left behind and compromise its viability.

The company employs several engineers – all technical people, Carey says. “This means we can differentiate ourselves from the competition through our service expertise. A few years ago, everybody bought printers on price. Now they have become far more complex – and having the technical knowledge to install and configure them in a way that maximises the benefits for each individual customer is a great selling point.”

Increasingly, Copytype’s business comes from IT companies that lack this in-depth knowledge of print and printers. “An IT company will spend time writing specifications for a server, PCs and laptops for a company, but when it comes to a printer they tend to just choose one from a list as they don’t have the specialist knowledge to distinguish one model from the rest,” Carey said.

“Take OKI printers – or rather multifunction devices as they are now. They are increasingly sophisticated, often integrating with enterprise IT systems and playing a key role in digitising workflow. If an IT consultant installs one of these, they just don’t have the expertise to set it up in a way that suits the way each individual business works,” he added.

Copytype is sometimes asked to carry out a print audit for customers to assess how they can make savings. Often printers have been installed in piecemeal fashion and, because they all come from different vendors are all covered by different contracts covering replacement of consumables and maintenance. As a result, managing these becomes almost a full-time job.

When printer stock is consolidated and all placed under the one contract including service and consumables, it becomes far easier to manage and significant money savings can be made too. It also becomes easier to have an overview of spend and usage for better informed budgeting, planning and developing an overall print strategy for the business.

However, often the problem is simply that the printers have not been configured to suit the business, through lack of knowledge on behalf of the person installing it or an eagerness to complete the project before the deadline.

“It’s crazy how some printers have been set up,” Carey said. “It can sometimes be a simple issue. For example, colour can cost around four times as much as mono, but businesses can set printers to do low-resolution colour for day-to-day work. To be honest, they can’t really tell the difference if they are printing graphs and diagrams, for example, but they use a fraction of the toner. However, if the printer has been installed and configured as an afterthought to a new IT system, these subtleties are often overlooked.”

IT companies also often handover the support contract. “They are used to doing support behind a PC remotely and across a network. They hate the thought that there might be a paper jam that needs sorting – or something else that demands they are on-site and hands-on,” he added.

Shift in attitude
One of the main shifts in attitude has been around print security. Carey has just bought a small multifunction device for home use. “As soon as I took it out of the box and put it on my desk it immediately picked up Wi-Fi and started ‘talking’ to me, asking for my Google account and other details. The device wasn’t even plugged into anything but with these details it could already talk to the outside world. And this was a relatively inexpensive and straightforward device for domestic use,” he said.

When talking to customers Copytype is able to demonstrate the security features now standard on OKI printers, such as customisable tools that can be accessed with unique ID cards or PIN codes or options for encryption. There are also features around mobile printing to avoid confidential documents being left in the output tray of a networked printer. But, warns Carey, this is another area where those inexperienced in the printer world can come undone without the necessary background knowledge.

“Customers worry about data protection and the approaching deadline for GDPR. By stressing the features that can be put in place to address this, we can help. However, if the device has been installed by someone else, we sometimes find that certain features related to security haven’t been set up properly. For example, perhaps nothing has been done to determine how long documents stay on the hard disk, so they just stay there indefinitely. When the machine is decommissioned, everybody forgets they are there,” he explained.

Carey believes compliance and data security – as opposed to total cost of ownership or print quality – are currently his customers’ main concern. “Now many printers have USB ports. Without such features as PIN protection, anyone could download documents onto a USB and put it in their pocket with nobody knowing they’ve got it. A year or two ago all a customer wanted to know was price, now it’s whether a device is secure or not,” he said.

Some businesses in this position have chosen to retrain staff in, for example, sales techniques or problem solving. This kind of consultative sale always demands a great deal of careful listening to come up with a tailored solution that addresses the customer’s exact needs. This is a long way from automatically suggesting the latest best-selling product, or worse still recommending one that hasn’t sold and needs shifting.

However, Carey believes his employees’ strong technical know-how can win through in this respect. “We’ve also insisted our engineers stay one step ahead of the industry changes, believing that this will be the only way to maintain our success,” he explained.

“It sounds a cliché, but it’s a case of thinking outside the box, about a total solution that can be designed and configured to align with our customers’ business goals. We’ve come a long way from only thinking about products – but we believe the changes have been worthwhile,” he said in conclusion.