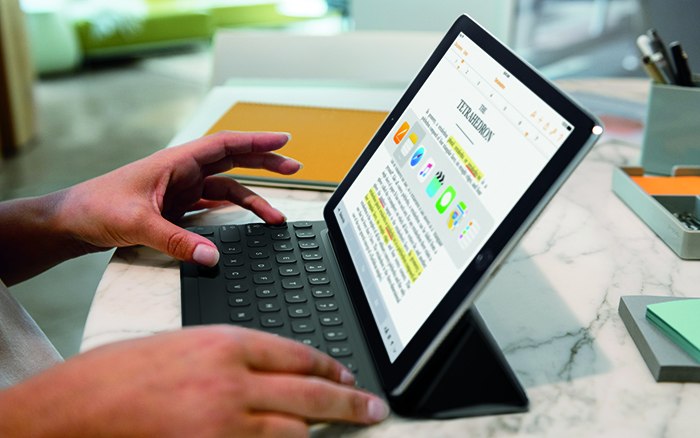 By Digital Team on 9th September 2016

Market Report argues that Microsoft is poised this year to raise its game in the fight for adoption and market share in the worldwide K-12 PC/ Tablet market in 2016.

It points out that in the past few years Google has gained rapid traction in the US market with Chrome OS (via Chromebooks) at the expense of both Microsoft and Apple. Q3 2015 saw Chromebooks reach over 50% of sales for the fist time (51% of US Qtr 3 2015 K-12 sales) with 1.63 million units sold.

The rise of Chromebooks has coincided with the need for Districts to implement online assessment (and the stipulation that all devices needed keyboards). The combination of a simple-to-use ecosystem, attractive hardware price point and industry leading management platform has resulted in Chromebooks gaining widespread momentum in the US market.

Outside the US market, however, where there is no short-term driving factor such as a switch to online assessments, Chrome is growing at a much slower rate (3% share of Rest of World in Qtr 3 2015). Many countries, especially the major emerging markets such as Brazil, Mexico and India, do not have the connectivity required to run a cloud-based infrastructure and although Chrome adoption is developing steadily in the more mature Western European markets, it’s not at the same explosive growth rate as witnessed in the US.

Moreover, outside the US, Microsoft has started to fiht back, winning signifiant projects in emerging K-12 markets, such as a 960,000 unit deal in Mexico and an 11,000 unit deal with the Microsoft Surface in the UAE as part of the Bin Rashid Smart Learning program.

Its push is being led by the launch of Windows 10; by the introduction of sub- $300 notebook devices like the HP Stream and Acer Cloud Book, which challenge the Chromebook price advantage; and by the introduction of 2 in 1 products (devices that can either operate as a tablet or notebook via detachable keyboards, or 360 degree convertible devices).

Futuresource says that 2 in 1 products have long been viewed as ideal for the education sector, but the high price points (devices typically over $500) have led to relatively limited adoption to date – 5% of US demand in Qtr 3, 3.7% globally. As prices on these devices drop to as low as $300-350 retail, Futuresource expects 2 in 1 products to gain 11% market share in the US in 2016 and 8.5% globally.