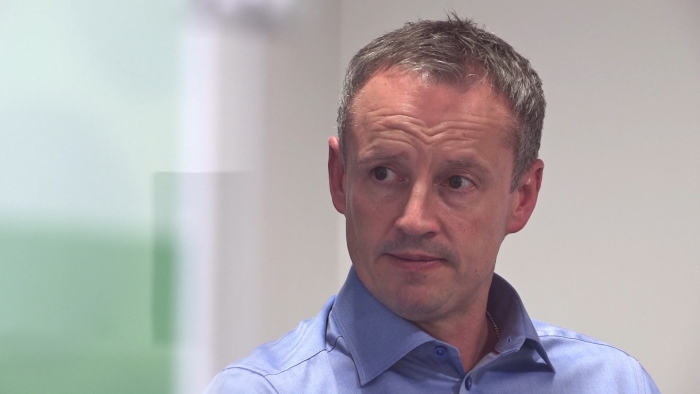 It’s as easy as ABC

Burgess’ roots are firmly steeped in print – he joined an independent dealership as a trainee salesmen straight out of college, working his way up the ladder to Regional Director responsible for Manchester and the Midlands.

The company he worked for was acquired by a larger organisation and inevitably, a couple of years down the line in 2001, came consolidation. It was at this point that he spotted an opportunity to set up his own company. “ABC was borne out of a desire to continue doing what we’d always done – to look after our customers,” he explained. Burgess set up the firm with 12 of his colleagues, each of whom became shareholders. “I retained 50 per cent of the business and the remaining half was spilt amongst the team,” he added.

Across its two divisions ABC Technology and ABC Digital, the company turned over £1.89 million in its first year, a success Burgess attributes to the fact that its bluechip client base received unparalleled levels of customer service which encouraged them to remain with the start-up.

From a standing start the company expanded rapidly. “We had offices in Manchester and Stoke from day one and in 2005 we purchased a 5,000 sq. ft. building in Crewe, which became our new head office. Two years later we expanded into the Midlands, opening a branch office in Cannock,” Burgess said.

Today the company is headquartered in Congleton, Cheshire. It moved into new 10,000 sq. ft. premises in the village in 2011. The company, which serves customers nationwide also has a base in Stoke Prior, Redditch and has just opened a new office in Castle Donnington which will be headed up by Director, Edward Hopkinson.

“Up until very recently we had a serviced office in London where many of our engineers are based,” Burgess explained, adding that the company is actively looking for a new base in the capital, in the right location.

Headcount across all three divisions IT, print and AV now totals 58, 18 of whom are engineers. Burgess said that he had modified the company’s approach over the past few years. “As a managed service provider we see our job as finding client sweet points across all their technology needs and providing them with a one-stop service,” he explained.

The business caters for clients nationwide and is structured so that ABC can address customer needs in three key areas:

Workﬂow: ABC works in partnership with clients to provide a wholly independent managed print service that encompasses a full suite of software solutions to streamline, improve and secure document workﬂows. A multi-vendor dealership, something Burgess sees as essential to offer a truly independent service, the firm’s main partners on the hardware side include Develop, Utax and Lexmark.

“On the IT side, we also work closely with all of the leading software vendors such as Papercut, Docuware and PCounter,” Burgess added.

Workplace: Strategic partnerships with multiple major manufacturers, enables ABC to help customers maximise efficiencies within the workplace. Its offer is extensive from conducting energy audits and PAT testing to the supply, delivery and installation of a whole suite of AV and digital signage solutions.

Room management systems allow the client to book rooms, presentation equipment or catering, as well as manage to suit participants’ needs via a simple user interface. The company also provides interactive touch panels enabling users to make bookings directly from outside the room with systems that can also be extended to manage a range of other bookable assets in the business, for example parking spaces and hot-desks, alongside Access Control Systems and IP based CCTV solutions.

Workforce: Under this umbrella, ABC delivers a comprehensive suite of end to end tailored IT services spanning hardware from mail servers to file and print servers, to cloud storage and Software-as-a-Service, through to network infrastructure provision, VOIP telephony, video conferencing and communication systems.

“Across all three areas, we achieved a turnover of £9 million last year,” Burgess said, adding that the firm is targeting £15 million with its three-year plan.

This growth will come in part from acquisitions. “We’ve completed a number of deals in the past, we did an acquisition of another print dealer in Wakefield a few years back and another Stafford-based business in 2007 as well as a number of smaller ones where we inherited customer base and MIF. But now, we’re not looking to go down the traditional path of acquiring other copier dealerships,” Burgess explained. “Instead we’re looking to partner with IT and IT-based businesses which will give us a stronger in-road into building business in the IT and security arenas.” He hinted that there is a deal in the pipeline. “We’re in negotiations with an IT company – a specific comms and software-as-a service specialist. Once complete that will take us into a different realm of service delivery – up to 200 seats and will bring our headcount up to around 65 people.”

Customer-centricity is at the heart of ABC’s business. “Our goal is to become our clients’ technology partner,” he said. “We continually shape our offer to meet customer needs, it’s not about supplying leading edge technology but about providing cutting-edge solutions backed by excellent service.”

He added: “Every element of customer service is controlled by us – from our own in-house help desk to dedicated account directors who manage the client contract from start to finish, through to a team of highly-skilled engineers whose job is to keep their equipment up and running.”

ABC was the first company in the UK to install Sherpa, a specialist CRM for managed print providers. “It’s big in the US and used by most of the major OEMs, but not so much so in the channel,” Burgess said. “It definitely gives us an edge, providing greater insight and visibility into our clients’ infrastructure, but ultimately it’s our people that makes this business a success. I have to say that our unique identifier is our client engagement levels.”

Burgess is a firm believer in giving something back. Last year the firm donated £45,000 to Caudwell Children, a charity that transforms the lives of disabled children across the UK. “We typically support children’s charities and are currently finalising our next charity of the year. We are also looking to sponsor guide dogs,” he said.

Burgess has in the past taken part in fundraising activities. Two years ago he took part in a sponsored row from London Bridge to the Eiffel Tower which saw him and his 12 teammates raise an amazing £300,000 for The Donna Louise Children’s Hospice Trust.

“I’m looking forward to getting back in the saddle and getting actively involved in more fundraising next year,” he said in conclusion.