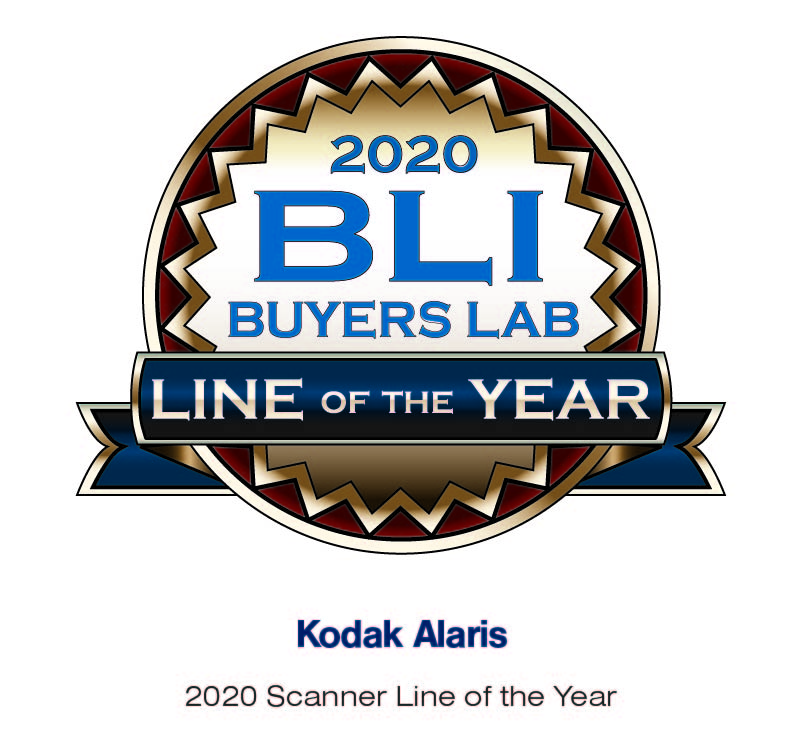 Buyers Laboratory (BLI), the world’s leading independent evaluator of document imaging hardware, software, and services, has announced that Kodak Alaris has won BLI’s coveted 2020 Scanner Line of the Year award for the fourth time in five years. Given once a year, this award recognises the vendor whose product line is deemed best overall based on its rigorous laboratory evaluations.

“Scanners from Kodak Alaris enable businesses of all shapes and sizes to extend business process automation to the point of capture. Across the entire line, customers can expect highly integrated onramps for entering all paper-based information to the systems that drive their business. Each device is characterised by its exceptional media handling, top-notch image enhancement and OCR capabilities, flawless reliability, and a simple user experience.” said Lee Davis, Keypoint Intelligence’s Senior Editor, Scanner Analysis and Software Evaluation. “Whether it’s a small desktop unit or a production scanner—and everything in between—scanners from Kodak Alaris are class leaders that can add tremendous value to any business, earning the company its fourth Line of the Year award in five years, and its fifth overall.”

To determine the Scanner Line of the Year award recipient, BLI analysts consider current scanners in the OEM’s line that have been submitted to BLI’s lab for testing. To judge the overall quality of the line, the analysts look at the overall rating a scanner received after testing, as well as the ratings in key categories such as Reliability, Productivity, Media Handling, Image Quality, Ease of Set-up, Drivers/Utilities, OCR Performance, and Value.

“Kodak Alaris is by far the most-awarded scanner manufacturer in BLI’s 62-year history, with 30 Pick and Outstanding Achievement awards along with the five Line of the Year honours,” said Don Lofstrom, President and General Manager, Alaris, a Kodak Alaris business. “As we kick off a new decade with this prestigious award, we look forward to innovating, delighting customers and growing with our partners for many years to come.”

Published in New Technology and News