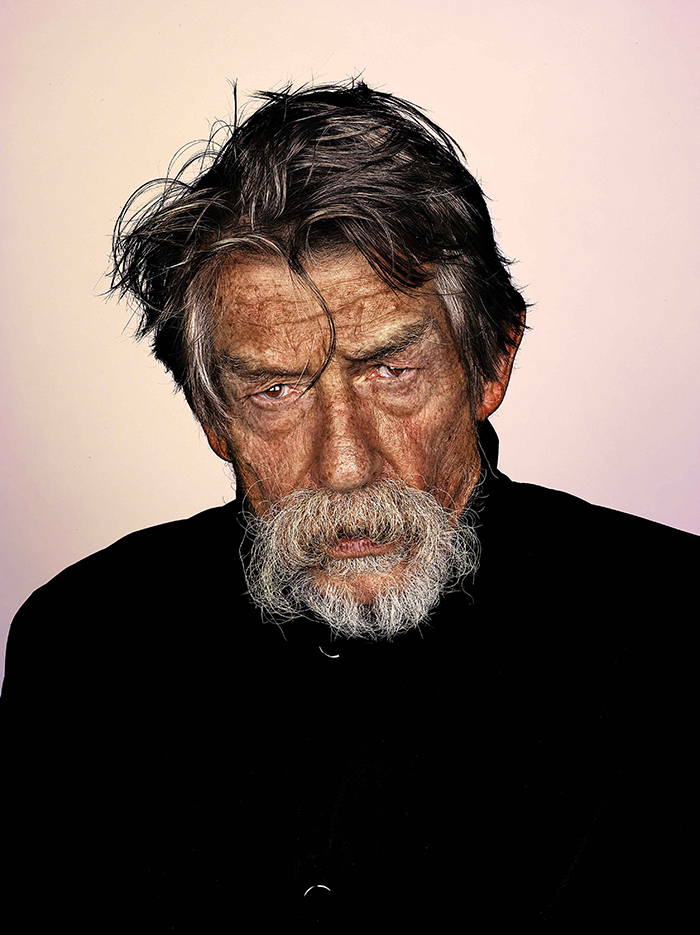 ‘Interesting characters who just happen to have beards’ is how photographer Brock Elbank describes the celebrities and civilians featured in the Beard exhibition at Somerset House, London. The 80 portraits on display,

including this one of actor Sir John Hurt, were shot by Elbank as part of the the Beard Season #Project60 campaign to raise awareness of melanoma.

The charity is using the initiative to encourage men to get a professional skin check, grow a beard, publish their beard photos on social media and become a Beard Season Ambassador. LumeJet print technology has been used to produce prints of individual portraits and special edition coffee table books.