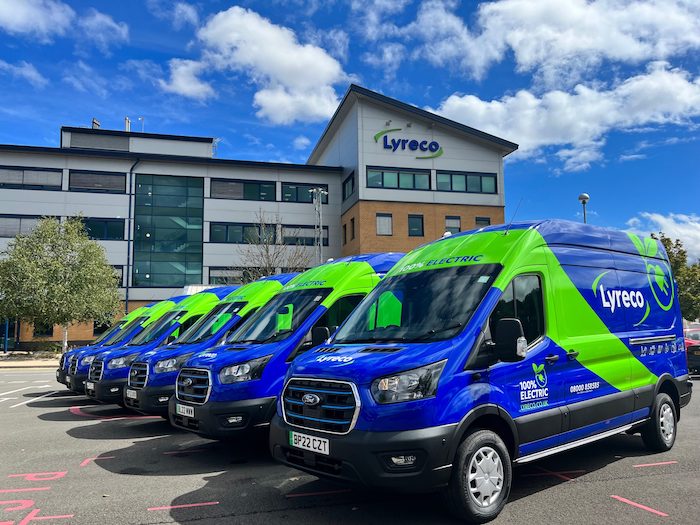 Lyreco has invested £2.3 million in the expansion of its electric fleet of vans, taking its number of electric delivery vehicles from 17 to 67.

The company has purchased 50 new Ford E-Transit electric vans to join its existing 17 Renault Master Z.E all-electric light goods vehicles. This development, combined with seeking to comply with legislation concerning vehicle emissions ahead of time, has meant that the Lyreco EV Fleet is now planned to be deployed across 13 of its 24 Regional Distribution Centres across the UK, in areas including Dartford, Edinburgh, Manchester and Oxford.

The vans at the Lyreco National Distribution Centre site in Telford will be charged by electricity generated by its own renewable energy solar panel-powered charging stations. Lyreco has invested more than £124,000 in charging infrastructure across its Regional Distribution Centre network to ensure that vehicles are charged taking advantage of REGO (Renewal Energy Guaranteed Origin) electricity. Plans are currently being put in place to install charging stations at Lyreco’s remaining sites in 2023.

Acquisition of the new vehicles is in line with Lyreco’s goal to become completely carbon neutral by 2030.