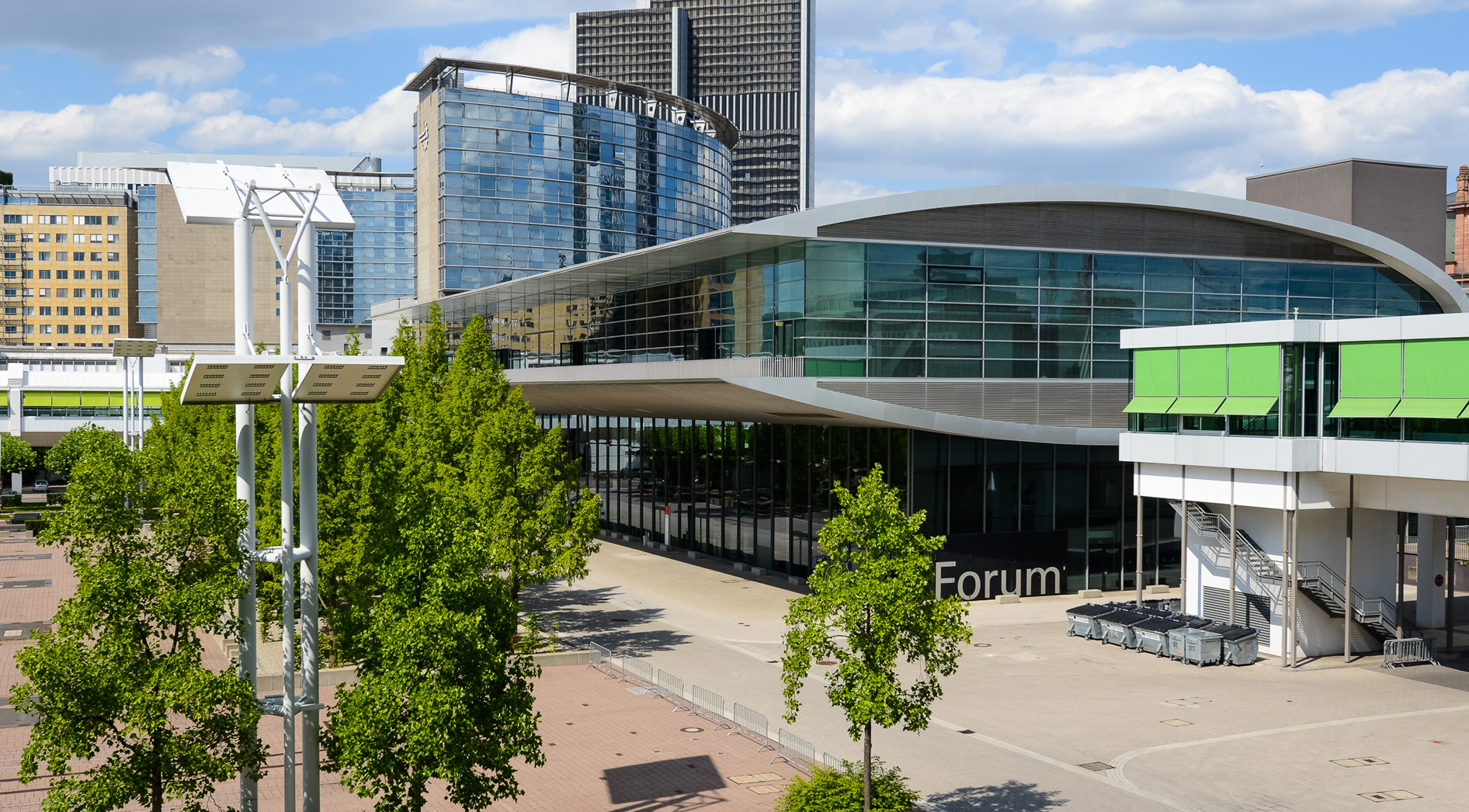 On 11 July 1240, Emperor Frederick II granted trade fair rights to Frankfurt am Main, marking the birth of Messe Frankfurt. Now, 780 years later, the company can look back on an eventful history in which the Frankfurt trade fair developed from a medieval marketplace into a global player – experiencing many successes and mastering various crises.

Peter Feldmann, Mayor of Frankfurt am Main and Chairman of the Messe Frankfurt Supervisory Board, had this to say about Messe Frankfurt’s anniversary: “Trade fairs have driven our city’s development. Nowhere else are trade fairs such an integral part of a city’s history as they are in Frankfurt. Emperor Frederick II’s official grant of trade fair rights marks the historical origin of a success story that started around Frankfurt’s City Hall (Römer) 780 years ago and continues to this day. From these beginnings, Messe Frankfurt evolved over the centuries into the world’s largest operating trade fair company. Yet even after 780 successful years, it remains true to the tradition of trade and internationality that is firmly rooted in its home city of Frankfurt.”

As soon as Messe Frankfurt celebrates its 780-year anniversary, it will be getting straight back to business: following a global lockdown lasting multiple months, Messe Frankfurt is once again holding trade fairs. It all kicks off with Intertextile Shenzhen Apparel Fabrics on 15 July 2020 in China. The trade fair is part of a network of some 50 international textile events in Messe Frankfurt’s portfolio, which has included Frankfurt Fashion Week since June. Trade fairs are also resuming business in Germany – in strict compliance with an extensive protection and hygiene concept. Smaller events are already underway on the Frankfurt exhibition grounds, and trade fairs will be joining them soon: Nordstil will be leading the way in Hamburg in September, followed by the Frankfurt Book Fair in October. Replacement dates have also been planned in 2020 for many of the Group’s postponed events worldwide.

Wolfgang Marzin, President and Chief Executive Officer of Messe Frankfurt: “We are delighted that our events will once again be serving as platforms for personal interaction. Our resumption of event operations worldwide demonstrates Messe Frankfurt’s flexibility in responding to challenges. We are able to offer our customers around the world the platforms they need – regionally, nationally, at a European level and globally – while satisfying today’s new local regulations and requirements. The past 780 years have demonstrated time and again just how important trade fairs are for promoting economic recovery in times of crisis, and our customers have been making it clear to us that face-to-face encounters and dialogue are irreplaceable.”

A look at history shows that trade fairs, as mirrors of the economy, are repeatedly confronted with crises. Even back in 1635, for example, Frankfurt’s Spring Fair had to be cancelled on account of fallout from the Thirty Years’ War and an outbreak of the bubonic plague in Frankfurt. Already, the measures taken to help thwart the spread of disease included border closures, health certificates, passport systems, entry and exit checks and quarantines. Trade fairs’ central role in economic development was clear even then. No sooner had the First World War ended than plans began for the International Import Fair in October 1919 and the Spring Fair in 1920. 95 percent of the exhibition grounds were destroyed during the Second World War, and their immediate reconstruction sent a clear signal about Frankfurt’s importance as a trade fair centre. Trade fair operations resumed with the Frankfurt Fair in October 1948, relying in part on provisional lightweight constructions, tents and open-air spaces.

72 years later, the global coronavirus pandemic has been challenging the event industry since the start of 2020. Marzin: “The trade fair landscape will change as a result of the coronavirus crisis, and topics such as digitalisation, safety and security will have a key role to play. Yet the trade fair industry’s most important success factor remains personal encounters – something that Messe Frankfurt’s platforms have been making possible for 780 years now. Because the demand for face-to-face encounters is even greater today than it was before.”

Messe Frankfurt is the world’s largest trade fair, congress and event organiser with its own exhibition grounds. With about 2,600 employees at 29 locations, the company generates annual sales of around €736 million. We have close ties with our industry sectors and serve our customers’ business interests efficiently within the framework of our Fairs & Events, Locations and Services business fields. One of the Group’s key USPs is its closely knit global sales network, which extends throughout the world. Our comprehensive range of services – both onsite and online – ensures that customers worldwide enjoy consistently high quality and flexibility when planning, organising and running their events. The wide range of services includes renting exhibition grounds, trade fair construction and marketing, personnel and food services. Headquartered in Frankfurt am Main, the company is owned by the City of Frankfurt (60 percent) and the State of Hesse (40 percent).

For more information, please visit our website at: www.messefrankfurt.com