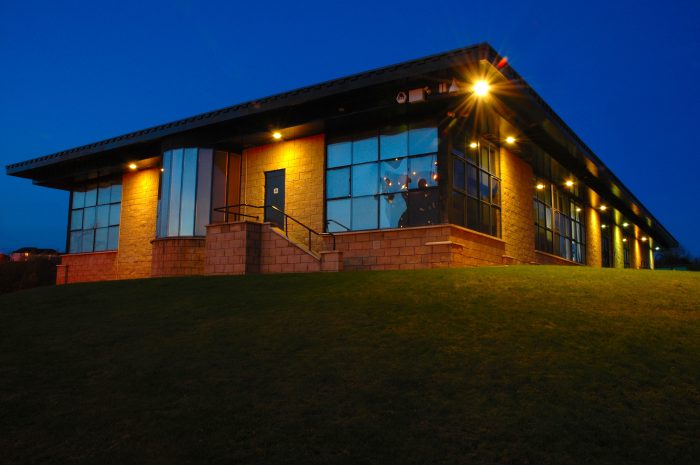 NCS, a nationwide supplier of complete office solutions, is offering budding southern-based entrepreneurs a jumpstart towards owning their own business

The Glasgow-headquartered firm, which celebrates its 30th anniversary this year, has launched an innovative three-year growth strategy to rapidly expand its presence in London and the Home Counties.

Initially established by Founder and Managing Director Tom Nolan – an ex professional footballer – as a copier dealership in Glasgow, the company has expanded both its offer and its footprint. Today, NCS has eight offices nationwide – its northern region comprises offices in Glasgow, Edinburgh, Aberdeen, Newcastle and Belfast. While the southern region led by Southern Director John Hawes, has bases in Stoke on Trent, Dereham and Purfleet.

NCS has a customer base that spans all sectors, from large corporates with hundreds of MFPs across multiple sites, through to smaller SMEs some of whom may only have a single device that’s supplied and maintained by the firm. The company has a firm foothold in four key sectors; on the print side it is a Toshiba-first reseller and has been with the OEM for 20 plus years. It carries Lexmark and Canon as complementary brands. It also offers tailored solutions to customers across unified communications, mobile phones and franking.

“We are also increasingly moving into the security arena, namely CCTV,” Hawes explained, adding: “This has been very much a customer-driven initiative, more so than a strategic decision to further expand our offer.”

Hawes argues that if you deliver great customer service, then clients will often ask you to provide additional solutions. “Moving into CCTV was a direct result of customer demand as was the supply of digital displays such as those deployed within call centres or sales operations,” he said, adding: “We make it very easy for customers to work with us. We have a UK-based call centre, providing them with a single contact point, so we can simply broker all their calls and direct security-specific enquiries for example, to our CCTV specialists.”

IT services is one area where the firm has enjoyed significant success in Scotland. “We acquired Euro Systems, an IT service provider company, a while back, a move that enabled us to offer clients a range of complementary value-driven IT solutions,” Hawes explained.

That part of the business has grown to around £3 million to date. “And it continues to get stronger,” Hawes said, adding: “It was a good move for us in Scotland and looking to the future, we will look to roll-out a similar set of IT-centric services and solutions in other regions.”

Hawes expects the company will close this financial year with a revenue around £25 million, which represents a five to six per cent increase year on year. “This growth has all been organic, we didn’t complete on any acquisitions last year,” he said, attributing the success on the company’s two-fold strategy to increase headcount within sales, as well as a focus on cross-selling.

Expanding on the cross-selling focus, Hawes said: “Along with our people, our customers are NCS’ biggest asset and we work hard on client retention.” One of the ways in which NCS wins new business is via its multi-product discount platform. “We call this Operation one-bill,” Hawes explained.

He continued: “It’s a customer incentive scheme. We offer a discount when a client adopts another service, so for example if a customer we provide printers to then deploys our telephony/unified communications solutions, they benefit from a reduced price on the second product.

“By the end of 2019, we’d like every one of our customers to have at least two ‘products’ from us – that’s an integral part of our strategy for next year and beyond.”

Stronger in the south

Future growth is firmly on the cards for the business and it is looking to grow to £30 million within the next three years. 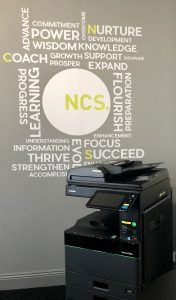 “We are heavily focused on growing our southern business in particular,” Hawes said. “If we look at where we are as a business, we’re not expanding as rapidly within London and the Thames Valley regions as we are in other areas and that’s where we see a massive opportunity for NCS.”

The print industry has seen an unprecedented amount of acquisition for quite some time. Multiple purchases are being made, often by a handful of resellers, which is resulting in the rise of a new kind of super dealer who are enjoying rapid and consistent growth as a result. When asked about whether acquisitions are on the cards for NCS, Hawes said that they haven’t ruled them out.

“We are targeting an increase in revenue from a mix of organic and acquisitive growth. We’ve considered acquisitions, but you sometimes have to kiss a lot of frogs to find your prince,” he stated. “That said we are engaged in several conversations at the moment and we’re very interested in talking to printer, telecom and franking dealerships interested in selling – we’re very much looking for the right fit with our existing business.”

Within the south, the company has set aside a substantial ‘fighting fund’ to rapidly expand its foothold in the region. “We believe that in the current market conditions, where we are seeing acquisition after acquisition, there is almost certainly a pool of experienced sales people who are evaluating their options, maybe thinking about doing something independently, and who perhaps just need a jumpstart towards owning their own business,” Hawes said.

He added: “When a business is acquired and subsequently absorbed into a larger operation, there are inevitably casualties, some people might be made redundant, while others may want to re-consider their options and move elsewhere. We’ve put aside a substantial sum – a ‘fighting fund’ and created what could be described as a franchise operation to offer them another alternative.”

Hawes argues that there are two main inhibitors to setting up a new business. “The first and most important is a lack of capital. And in this market, the second one is a lack of infrastructure, and by that I mean established relationships with vendors, a credit line, service engineers, even a second person to answer the phone,” he said. “It can be quite hard as a one-man-band to secure a big win, you need to be able to demonstrate you can provide the back-office and back-up support that is required.”

NCS in interesting in talking to individuals looking to make the move into being a business owner. Essentially in return for a share in the business, NCS will invest in the right people, providing both capital and infrastructure, to enable a new business concept to become a reality.

“As an NCS franchisee, a new start-up can, from day one, leverage the power of a strong brand. They can tap into the established relationships with multiple suppliers NCS has built over the years, our superior buying power, nationwide service support, as well as our UK-based call centre, leaving them free to focus on doing what they do best – selling,” Hawes explained.

Any business partnership will of course be subject to due diligence and how it works is wholly flexible. “One person might have a slick business plan already in place and is just looking for a cash injection to get started,” said Hawes, adding: “While others might want support in developing a comprehensive business plan and we can help with that too. That’s what the fighting fund is there for – for us to invest in the right opportunities.”

The new start-ups would have the entire group’s resources available to it and be branded NCS. “It could be NCS, Camden, for example; in essence we would position it as a regional office, except the business would be independently run, with a separate P&L etc. we would just have a stake in it,” Hawes added.

It’s an innovative approach that both reduces risk and enables further expansion for NCS. “It’s a win-win for both NCS and for potential franchisees. For us, this approach brings a different level of excitement and energy compared to a traditional acquisition – it’s a new and fresh approach to business growth. And for budding entrepreneurs, it provides them with an opportunity to own their own business, to build something from scratch but with the backing of a large established organisation,” he said in conclusion.