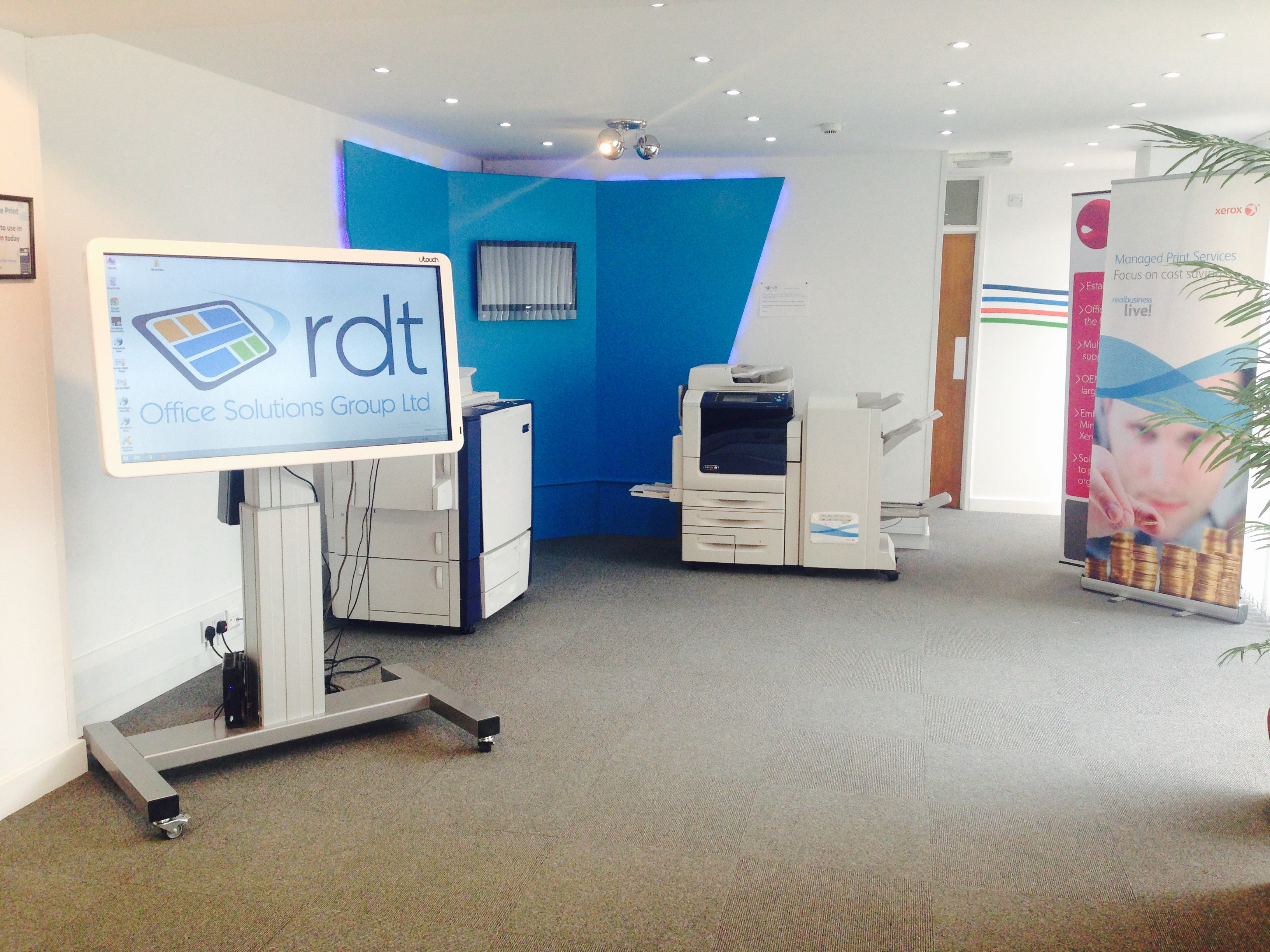 Headquartered in Cheshunt, Hertfordshire, RDT Office Solutions Group, a Xerox Platinum Level Partner, has successfully expanded its reach across the UK and into EMEA.

RDT Office Solutions Group was established in 2002 by CEO Derek Russell, whose experience within the print industry spans three decades. “I seem to have been in this business forever,” he said. “I set up my first dealership in the ‘80s, sold it and left the industry. But I was lured back a few years later and I haven’t been tempted to leave since!”

After a spell working in a number of different markets, Russell returned to the printer industry, joining a former Ricoh reseller as Sales Director. “It was an owner-managed business and I proposed a business plan to take it in a new direction, which was rejected,” he explained. “At that point I decided that rather than build a business for someone else, it was time to start afresh and realise my vision by starting my own company again from scratch.”

Based on in-depth knowledge of the industry gleaned from working for leading OEMs and service providers, Russell opted to go with Xerox as a single line brand partner.

“Xerox had the most powerful offering available,” he explained. “The breadth and depth of its product portfolio is superb and, particularly within the Global MPS sector, the brand is a major player. What’s more, its business model was based on geographic territory, so there was no risk that we would be fighting off competition from other resellers offering the exact same products and services when targeting new business.”

One of the biggest benefits of partnering with Xerox, claims Russell, is the ability to tap into its service structure. “It was an easy choice for RDT to partner with Xerox. From day one we used them for service. This meant we had a nationwide (and further afield) finely tuned service operation, which enabled us to target customers with multiple offices and removed the cost and time associated with setting up an in-house service operation, recruiting engineers, carrying consumables and spare parts etc.,” he said.

Within just three months, RDT had won a deal to deploy 100 devices in locations nationwide. “We would never have won that business as a start-up, but we had the backing of Xerox, and the roll-out was completed in under four weeks,” said Russell.

The recession hit most businesses hard. Rather than simply ride it out, Russell made a strategic decision to reshape the business from one built on a transactional sales model to one that was services-led.

“Xerox was one of the fist pioneers of MPS and we recognised that standing still, doing what we’d always done was no longer an option,” he said. “MPS presented a huge opportunity for growth and strategically that was the direction I wanted to take the business. The biggest challenge was changing the mindset internally; we had to ensure that our people fully understood the path we wanted to follow.”

The strategy worked, introducing a period of sustained growth for RDT. Its headcount now stands at 40, with further recruitment planned; it expects to achieve a turnover of £7.5 million this year; and has a MIF of 4,200 devices in 18 countries. “We are now one of Xerox’s top partners and we are delivering managed services to customers across EMEA,” said Russell.

The Cheshunt head office houses a dedicated helpdesk staffed by six full-time employees dedicated to helping clients achieve full visibility over their entire fleets, regardless of location. “Even though Xerox delivers the physical service on our behalf, we provide the first level of contact for customer service and support,” explained Russell.

The head office also houses a new innovation centre. Russell says this is more than just a showroom, but also a facility to demonstrate services and solutions to potential and existing clients.

In support of its goal to build and grow its presence in other parts of the UK, RDT recently opened an office in Leeds and plans soon to launch a Midlands operation in addition to its sales office in London. “Being local to customers is important, which is why we started our launch into the North, recruiting Eric Shackleton as Sales Director to drive new opportunities and extend our geographical reach,” explained Russell.

He added: “We’re being proactive and looking for new opportunities, whether that’s recruiting the right team to set up and run the Midlands base or through acquisition.”

As RDT continues to evolve, change remains constant; the company recently moved into the voice and data market and  is now looking to partner with IT services providers to further expand its offering. “Initially we’re focussing on providing these new services from head office and to southern-based customers, but as with our print services business, the plan is to move into the north and beyond,” Russell said.

If the print side of the business is indicative, it won’t be long before customers throughout the UK and beyond benefit from RDT’s new capabilities.