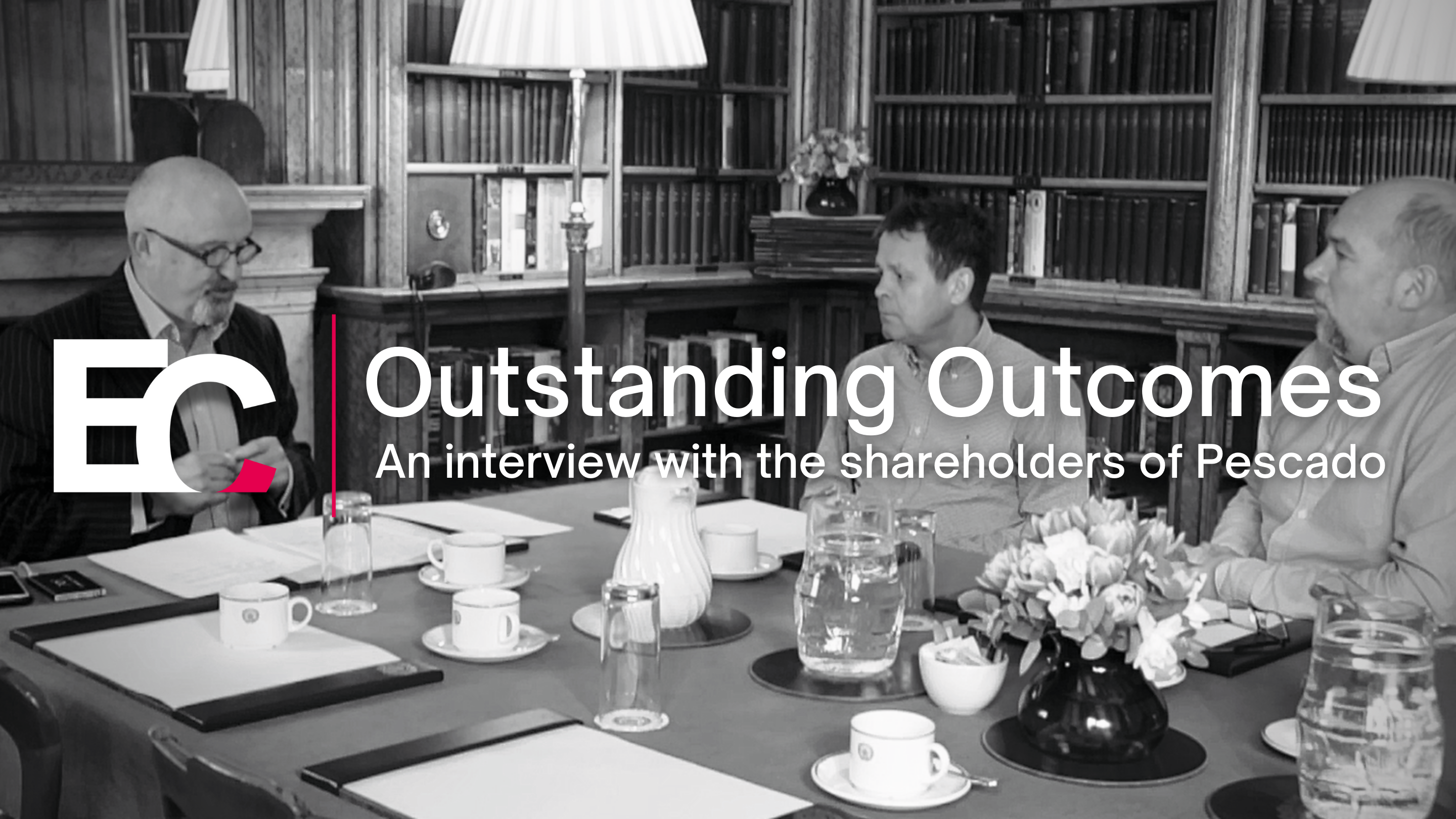 Outstanding Outcomes: Exit Success with the Founders of Pescado

Pescado’s recent acquisition by the Arrow Group represented the successful culmination of many years of hard work and a determined focus on growth by the company’s founders, Jonathan Weeks and Fraser Watson. After advising and guiding the company through the sales process, Evolution Capital met with their clients at the Reform Club in London’s Pall Mall and asked them to share a few experiences of their journey.

The idea of forming Pescado originally came after the two founders met during a management meeting at former employer, Iceland. They discovered they had complementary skills-sets and believed there was a market opportunity for a new approach to mobile communications. Watson and Weeks decided that they should embark together on a self-determining, entrepreneurial journey and Pescado was born. It was not long before the company’s dedication and focus paid off, cementing its position as one of Vodafone’s leading partners. Some good timing and astute decision-making triggered Vodafone’s decision to make a business advance which was invested to grow the company. Increased volumes of mobile device sales, additional connections and new customers justified this decision and steady progress was assured. Pescado’s reputation for delivering major growth in the mobile market enabled them to sign significant contracts with the other major suppliers. However, despite a steep linear growth curve in this market, it was decided that a pivot into hosted telephony and unified communications would be essential to capitalise on the latent demand.

When asked what some of the company’s biggest challenges were Jonathan Weeks, FD said,

“A company’s greatest assets are its people and our focus on retaining key members of staff has been essential in building a company to ensure growth and success. Without them we could not have achieved such an outstanding outcome.”

It was only in 2018 that the founders considered any form of an exit strategy and they met with several advisors to independently verify the potential valuation of the business. At this point the company decided that the appointment of an expert advisor was a priority to identify all their existing options and build a strategy to exit the business – should this be required. Weeks explains the requirement,

“We saw a couple of advisors but none of them really gelled with us. They were all too polished, too salesy. We wanted someone who was more like us – normal, down-to-earth and trustworthy – yet industry experts. Evolution Capital fitted the bill perfectly.” Fraser Watson, the CEO, takes up the story, “Most of the advisors took the approach that they just wanted to box us up and sell us to the highest bidder but Nigel’s (Cook) advice was different. He and his team’s objective was to show us the options and what all the possibilities might be. This was unknown territory for us but everything was clearly laid out, in fine detail, of all the possibilities and what we needed to do to achieve the best result.”

The first part of the exercise was to start a strategic review which included a detailed discovery process with proposals for growth and all the necessary revenue metrics. The information was gathered, analysed and presented back to the company with recommendations. The review highlighted all the available options and concluded by recommending a trade sale as being the best route for an exit. Pescado decided to progress this option and instructed Evolution Capital to begin the process of preparing the company for sale and finding suitable buyers.

Covid 19, the changes in Entrepreneur’s Relief and additional workloads in due diligence all presented extreme challenges throughout the process. As a result it became necessary for Pescado and Evolution Capital to work harder and even more diligently to keep the ‘train on the track’. However, every conceivable eventuality of the disposal and finding the right buyer had been covered in the early stage of the engagement, enabling the best outcome for the founders. The number of qualified buyers exceeded expectations and the sale progressed toward a successful conclusion.

The extensive process of preparation, presentation to buyers and closing the sale provided the founders with many valuable lessons. The benefit of staying open to different options and maintaining a flexible approach when dealing with buyers proved highly beneficial. The key to over-achievement was based around the deliverables pinpointed in the original strategic review which gave Pescado’s founders a perfect blueprint for what they needed to do.

“ Evolution Capital have been brilliant. They never once put us under any pressure and gave us all the tools we needed to make the right decision. It has been a great partnership.”

Jonathan Weeks summarised his experience of the process by saying,

“ I would highly recommend working with Evolution Capital. They ‘held our hands’, never once dropped the ball at any time and delivered on all fronts. They found us a perfect buyer for the business on a valuation and terms which exceeded our expectations.”

Pescado’s two founders are now a significant way through their earn-out period and are planning for the future. When asked what their major ‘take aways’ from the sale were, both reiterated the necessity of remaining undistracted by the ‘end-game’ and to engage with the best business advisors at the earliest opportunity.