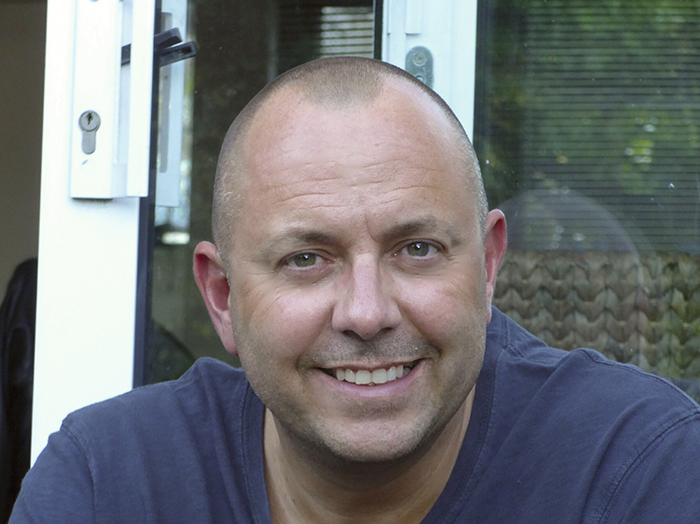 Gary Naphtali is well known in the industry as co-founder of P1, an established provider of training and development programs for the channel. Five years ago, P1 signed a three-month contract with Anglo Office to provide sales and marketing support, HR and management resource, as well as assisting with recruitment.

“The contract kept getting extended. In fact, Anglo became P1’s biggest client,” explained Naphtali. “It grew to the point where I was spending three days a week working with them and becoming ever more tightly embedded in their day-to-day [operations].”

In 2014 the relationship deepened when Naphtali identified an acquisition opportunity, assisted with the purchase of Almo and managed the integration of its sales and marketing functions. Six months ago, he became even more involved when Anglo founder Glen Doyle announced that he wanted to semi-retire and was considering selling the business.

“Anglo is a strong business; turnover is approaching £11m and it has a healthy balance sheet,” Naphtali explained. “We opened up discussions and explored ways in which we could take the business forward via a management buyout.”

The outcome of these negotiations was that Doyle and former owner Russell Hodson both retained a share of the business, with Naphtali and IT Director Steve Newland completing an MBO for the remaining majority shares. Newland and Naphtali, who is no longer involved with P1 operationally, also brought in Finance Director Nick Jones.

More important than these changes, says Naphtali, is the expansion of Anglo’s service offering to meet the needs of customers in the mid-market sector who typically deal with multiple suppliers across numerous product categories.

“The biggest business transformation was identifying a new opportunity in managed services that was worth millions,” he said. “We found that within mid-sized companies the supply chain was in the main largely unmanaged. Our approach was to transform how they manage non-core expenditure, providing a service that simplified the procurement of anything for the office.”

When asked for more details of Anglo’s offer, he added: “Imagine tipping your office upside down. Everything that falls out except for the people, Anglo can supply.”

In order to do this, Anglo has partnered with a number of specialists in each category. “It’s a really simple premise, but the ability to supply across any category has paid dividends, not only in terms of the new business we pick up, but also in the fact that we’re successfully ringfencing customers, making it difficult for a competitor to come in and take even the smallest chunk of their spend,” explained Naphtali.

On the print side, Anglo has partnered with three suppliers: a local print provider delivering ad hoc fast turnaround jobs on behalf of customers; a specialist in digital print; and a print management company.

“From the customers’ perspective, it’s just one of the services we offer,” Naphtali said. “We take a lower margin in areas where we use a third-party provider, but we don’t have any associated operating costs. We might take a 4% to 5% margin hit, but we’ve cut operating costs by up to 20%. Ultimately that means Anglo makes more profit and is more competitive.”

MPS is another area in which Anglo has gained traction, after launching AngloTech on a joint venture with Canon, Ricoh and Olivetti reseller TechnoCopy.

“If you’re delivering true MPS, you have to have credibility and strong relationships with OEMs, as well as the ability to deliver a service agreement. [Do it on your own] and you could potentially spend more money getting it off the ground than you would make in return. It would certainly take a lot longer. TechnoCopy has a ready-made prospect and client base and a team of sales people it would have to fund anyway, so it’s a win-win,” Naphtali explained.

MPS deals secured in AngloTech’s first six months have generated a quarter of a million pounds in sales and ongoing discussions with clients are potentially worth a further £900,000 – with only 10% of Anglo’s client base engaged so far.

“Importantly, we own the service contracts which provide us with a recurrent revenue stream,” explained Naphtali. “And net profit is much healthier than we could achieve by simply selling the individual components.”

With the prospect of further growth in MPS, Anglo is aiming to increase turnover to £15 million organically. According to Naphtali, it is also actively seeking acquisitions. “We are predominantly interested in OP companies in the London area where we can add on a range of our expanded services to increase turnover and profitability, as we have done at Anglo and Almo,” he said.