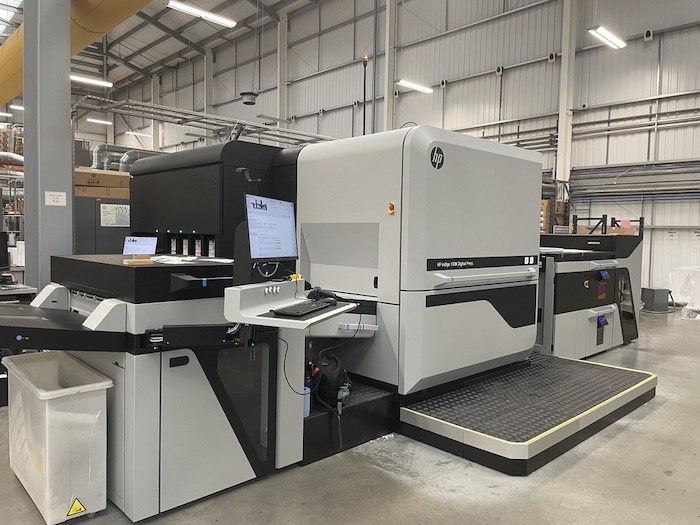 Precision Proco Group has continued its commitment to further investment with the purchase of a new machine which will increase capacity and give faster turnaround.

The company has taken delivery of a HP Indigo 100K at its Dagenham site, the first step in the upgrading of all of its fleet which is planned for the coming year. Following a two week installation process, the new press is already being put to work on producing four colour commercial work, leaving the second B2 Indigo – which was at the time it was purchased the first in the UK – to be used for more specialist jobs.

The new machine will give the company the additional capacity it needs to deal with its anticipated growth in 2022 as well as delivering 50% more productivity, particularly on projects that are needed with a quick turnaround such as overnight or on the same day.