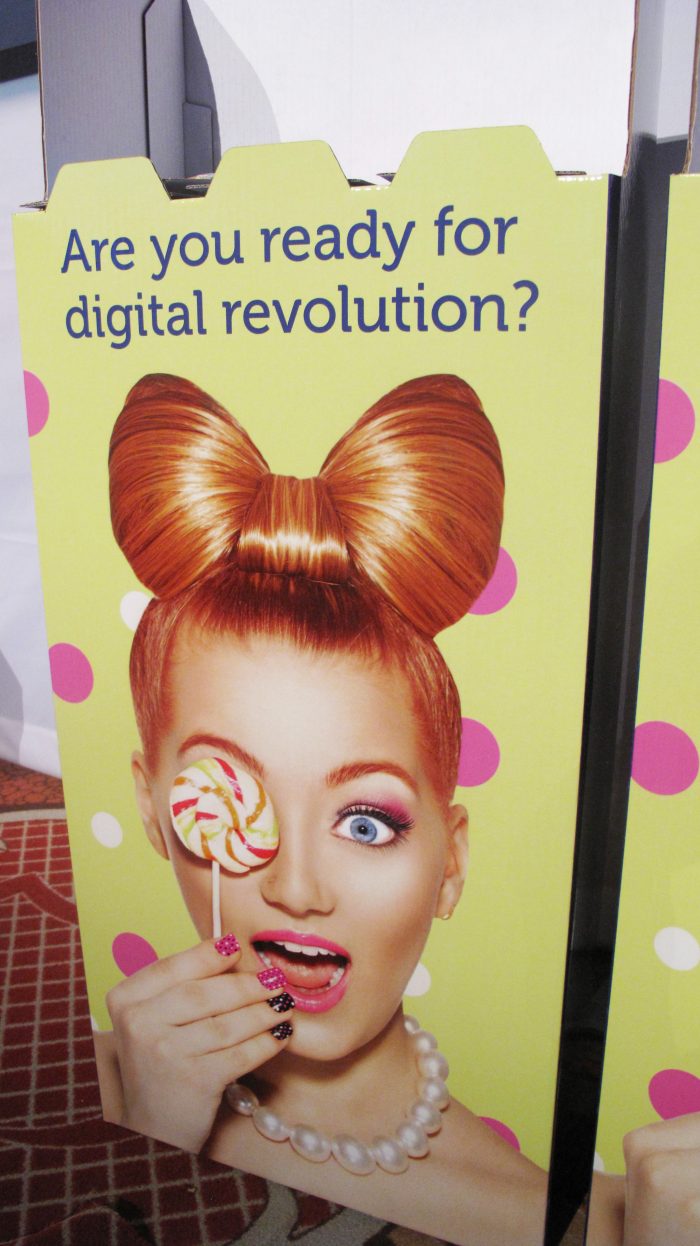 The future of print is brighter than ever, as long as you print on anything but paper.
James Goulding reports from the EFI Connect 2018 user conference held at Wynn Las Vegas 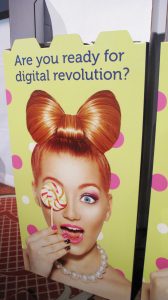 No one would deny that the third industrial revolution – the computer era – has been tricky for the commercial print industry. It took longer than expected, but the rise of digital media, electronic communications and network connectivity eventually had the predicted outcomes of lower print volumes, falling prices, bankruptcies and mergers in the print industry and a systemic decline in office printing.

If the third industrial revolution was bad, just wait ‘til you see what happens in the fourth, when cloud connectivity, IoT, AI, VR and robotics transform the world around us. It’s going to be carnage out there.

At Connect 2018, the Electronics for Imaging (EFI) user conference, CEO Guy Gecht was positively upbeat about the prospects of the industry. After describing Die Hard, the box office smash released 30 years ago in the same year that EFI was founded, as an appropriate title for the print industry – a piece of gallows humour that went down well with the print service providers in the auditorium – he suggested that instead of dying the print industry is actually on the cusp of a renaissance.

“Print is far from over,” he said. “In fact, our message today is that in the fourth revolution print is going to get stronger.”

It will become so, he argues, by exploiting developments in print technology and computing power to ‘move beyond paper’ and address the much bigger opportunities in packaging, fabrics/apparel, display graphics and decoration.

EFI itself is already taking advantage of some of emerging technologies to improve performance. For example, at EFI Connect 2018 it was using virtual reality and Oculus headsets to demonstrate the Nuzomi C18000 high speed LED digital inkjet press. Even in absentia, due to its size, this ‘game-changer’ for printing corrugated packaging and displays was the undisputed star of the show, described by Mal McGowans, CEO of McGowans, an early adopter, as “the biggest change in digital print technology in the last 10 years”.

In the future, EFI plans to use VR headsets to enable engineers to maintain and trouble-shoot these devices remotely.

More generally, Gecht expects key elements of the fourth industrial revolution, such as big data, greater computing power in the cloud and faster processing at devices, to facilitate greater personalisation – “Because we can do it and the market wants it,” he said.

A new definition for print

At the same time, digital inkjet technology, because it is contactless and can print onto diverse material, including paper, film, tiles, fabric and corrugated carboard, will start making inroads into any industry that uses images. Examples might include:

• Packaging – Instead of plain brown boxes sent though the post, postal packaging will be personalised and printed with colourful designs, a transition that Gecht likens to the move from black and white to colour TV;

These possibilities, Gecht argues, have created a new definition of print. “Print is no longer just a document, it is no longer just paper. It is every material in the world that needs a printed image. And that’s a bigger opportunity than we’ve ever had before.”

This prognosis was supported by print industry commentator Frank Romano, who, in a video segment recorded especially for EFI Connect, identified “the embrace of print beyond paper” as one of three ways print providers can ensure continued growth. The other two are: to address defined markets and excel at them; and to cut costs without compromising quality and then reinvest the savings in new technology and capabilities.

Gecht’s rallying cry provided the context for a multitude of new product announcements made over the three days of the conference and neatly tied together the three elements of EFI’s business – digital printers/presses which make up about 50% of revenues; Fiery Digital Front Ends (DFEs), originally developed for office and production MFPs and now driving industrial devices like the Nozomi press and Reggiani fabric printers (25%); and software that automates time-consuming processes to maximise productivity, print quality and cost-efficiency (25%).

To address new applications like those outlined above, EFI is using its eco-system to create complete end-to-end solutions for specific market segments, such as digital textile printing and corrugated packaging and display material. These combine EFI print devices and Fiery servers with industry-specific software features to automate the entire process, from concept design to delivery of a finished product. 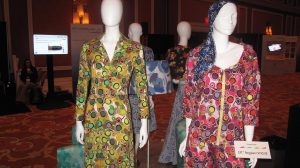 Gecht points out that the level of automation and control these solutions provide is an eye-opener to people who have not used them before. “A lot of what we take for granted in the document market is more advanced than what is available in other markets. We are applying Fiery to new markets and adding value,” he said.

The next release of EFI’s job management application Fiery Command Station 6, due to be launched in April, deepens this integration by providing easy management of all Fiery-driven devices, whether they are used for printing documents, displays graphics, textiles, ceramics or corrugated material.

EFI’s John Henze said that with its new Fierys and new job management application, EFI was realising its vision of a unified Fiery-driven print room, where a single Fiery can drive many different types of device through a common user interface and a common platform.

Fiery Command Workstation 6 will include a number of new capabilities that reflect this broader reach. They include Fast RIP technology; a powerful but simple way to create layouts for B1 sheets; enhanced Versioning & Personalisation features that enable a designer to create a single file and manage multiple versions of the same job; and support for speciality colours, fluorescents, metallic inks and technical effects, for which PSPs can charge a price premium of 50-400%, including the ability to track how much of each ink is used and how much to charge customers using the new Fiery Smart Estimator.

Through a programme of acquisitions and product development, EFI has been putting in place the building blocks that will enable it to compete in new areas. The question is how many of its customers have the vision, inclination and deep pockets to follow? And how long it will take them to do so?

Wrapping up the conference, print industry commentator Dr Joe Webb highlighted some of the challenges confronting PSPs after two decades of falling demand and downward pressure on prices, during which time (1997-2016) the per capita spend on commercial print in the US has fallen fall by 52% and commercial print’s contribution to US GDP has declined from 1.1% to 0.33%. 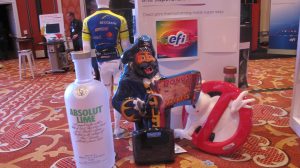 He drew a correlation between declining print spend and faster, cheaper internet access, which has allowed richer content to be viewed on more devices, and rising print distribution costs that have encouraged customers to send fewer, better targeted mail pieces.

Dr Webb also highlighted print’s fear factor for younger generations raised on digital media, particularly its high upfront cost, the inability to make changes once something has been printed, uncertainty over how much to order, long lead times before results can be measured and high levels of waste.

One response to changing customer requirements advocated by EFI and other vendors is to invest in new technology that lets you personalise mail, integrate it with digital media and diversify into new business areas. However, this, too, has its risks.

“We are in an era of tremendous technological change,” explained Dr Webb. “The marketing life of equipment is different to the production life. You may buy something you intend to use for 10 years, but if the market changes you might only get five years’ use from it and still have all that capital tied up in it. That’s risky.”

There are a number of possible responses to this problem. One is to buy less equipment and buy it more often – wear it out before it becomes obsolete. Another is to stay abreast of new technology through joint ventures/investment. A third is to strike alliances with PSPs that have different capabilities to your own, on a task, project or strategic basis.

What is not an option, according to Gecht, is to do nothing.