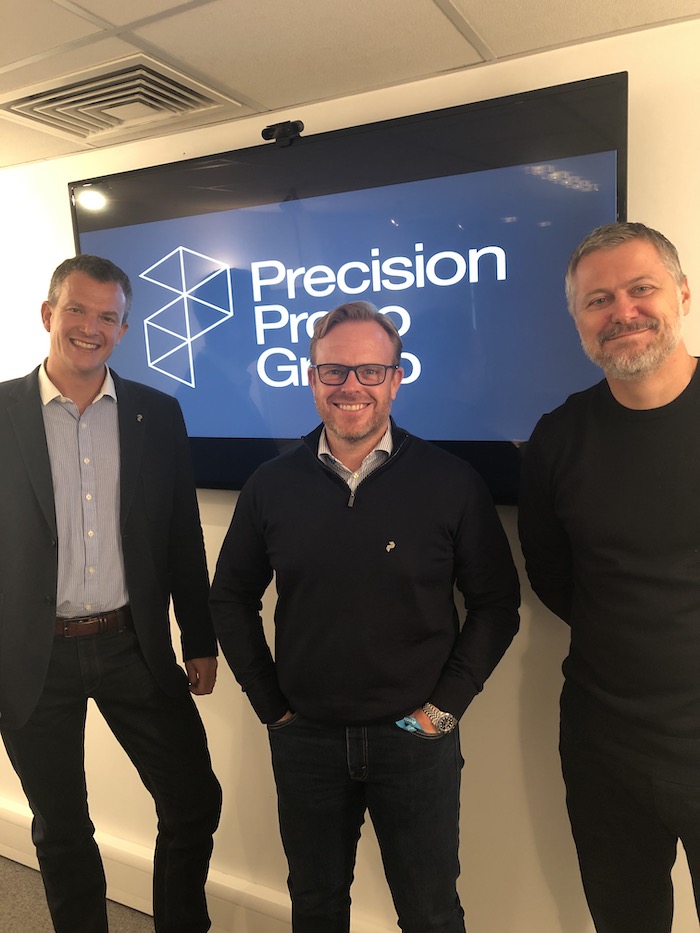 Three of the UK’s leading print companies are merging to form one large organisation. Precision Printing which has sites in both London and Sunderland, Sheffield-based ProCo Print and Prime Group in Nottingham will become the Precision Proco Group, a multi-million pound operation which will be at the forefront of print delivery.

The merger will also include the online upload and print portal Where The Trade Buys and North East-based digital solutions provider, Climb.

Gary Peeling of Precision Printing will become Group CEO, Jon Bailey, formerly of ProCo, will take on the role of COO, Jon Tolley of Prime will be Group CIO and Dominic Neary, will take the position of Group CFO having joined from Just Eat, bringing with him a wealth of experience of digital transformational businesses.

Precision and ProCo will operate as Precision Proco, while Prime will retain its name with a new brand identity.