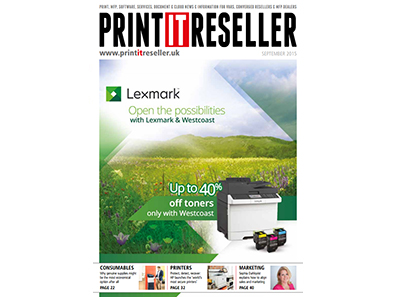 You know you are successful when people start copying you. Flattering as this is (or so I’ve been told), it does have a cost, as KYOCERA explains on page 22. Growing sales of its devices have attracted the interest of manufacturers of third party supplies to the point where 10% of the consumables used in its devices are now compatibles. This is less than half the level that the market leaders have to put up with, but in KYOCERA’s case it is potentially more harmful. Because its devices use long life drums and other components that in many cases will never need to be changed, damage caused by non-genuine supplies could be more costly to fix. KYOCERA has just launched a campaign to encourage customers and resellers to use genuine toners – except those that are really cheap, which are probably counterfeit and could do serious damage.

At the launch of HP’s new printers with built-in security features (see page 32), Tuan Tran, VP President and General Manager Laserjet Hardware Technology Organisation, somewhat cheekily urged the printer industry to follow HP’s lead and to start taking the security of printers more seriously. The launch was full of ominous messages and portentous soundtracks highlighting the risk of cyber attack, including displays showing the origin and destination of malware attacks in real-time on a world map. It felt and looked like war. But where was the evidence for all this scaremongering? This correspondent only heard one case of a printer being compromised and that was at a university where students hacked into a printer and accessed upcoming test questions which they posted online. Clearly, these attacks often go unnoticed or unacknowledged, but even so there must be other cases that HP or its competitors can draw on to add substance to their message.

Embedding automatic security features in its printers is an interesting move by HP, given growing concerns about data security at a time of BYOD, mobile working and the internet of things. It also fits in with the notion of printing as a service, where customers effectively just buy prints, leaving the service provider to manage the hardware and consumables. With security embedded, this is one less thing for the customer to worry about and brings printing one step closer to the ideals of a circular economy as described by Louella Fernandes on page 24.