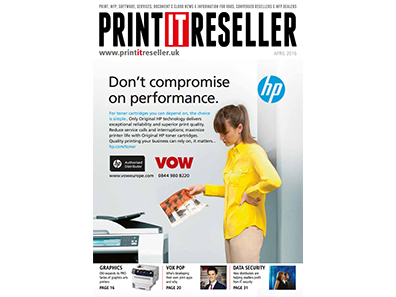 What strange times we live in. It really does feel as though we are on the cusp of major cultural change, as people demand ever greater access to ‘private’ information like tax returns and medical records. But if we expect full disclosure from leaders, shouldn’t everyone offer up their tax return for scrutiny? Actually, this is something many seem prepared to do. Amazingly, the same holds true for medical records, with eight out of 10 consumers surveyed by Ricoh Europe saying they would be prepared to share personal data, including health records, if it led to more personalised communications. Perhaps this is just as well in light of Government plans to let citizens access their own digital health records by 2020. As the Panama Papers and countless other security breaches show, digital data is vulnerable to internal and external threats and, unlike paper, once digital records have been accessed they can be removed, distributed and shared very quickly.

Ironically, people’s willingness to treat sensitive data as a tradeable commodity that they would exchange for something as trivial as personalised communications is increasing at a time when there is growing pressure to keep customer details safe and secure. This comes from Government through tighter legislation, such as the EU General Data Protection Regulation (see page 30), and from suppliers like WhatsApp, which now encrypts all content, and Apple, which has been in conflict with the FBI over its refusal to unblock a terrorist’s iPhone. Wherever one stands on the privacy versus security debate, there is little doubt that, for resellers, security solutions present a potentially profitable new line of business that distributors are doing their best to help them tap into (see page 31).

The question of security features prominently in a series of video interviews that PITR has conducted on the future of print with leading vendors including Brother, Epson, OKI, Ricoh, Toshiba and Panasonic/DMC. The interviews have now been uploaded to our website and are well worth a look when you have the time.