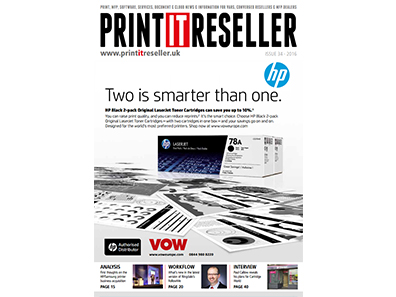 The news that HP is to buy Samsung’s print business for $1.05 billion came as quite a surprise not least because Samsung has always made a point of declaring how important print is to its future plans. Perhaps it made its point so strongly because to the outsider, its printers and MFPs sit uneasily with Samsung’s more celebrated areas of expertise such as semiconductors, displays and, of course, smartphones.

For at least 15 years, Samsung has been all about convergence of technologies and with its Android-based SmartUX platform it has attempted to bring printers into the smartphone eco-system. At its European Partner Summit at the beginning of June, it presented a number of scenarios in which smartphones and MFPs combined to streamline workflws. In fact, these examples mainly proved just how redundant printers have become for many processes.

I don’t know Samsung’s reasons for selling, nor indeed HP’s for buying, but it looks like a good move for HP and a divestment that Samsung will move on from as it seeks out faster growing and more profiable markets. Samsung always had ambitious targets for its printer business, the latest being to become the Number One printer vendor by 2020. It won’t achieve that now.