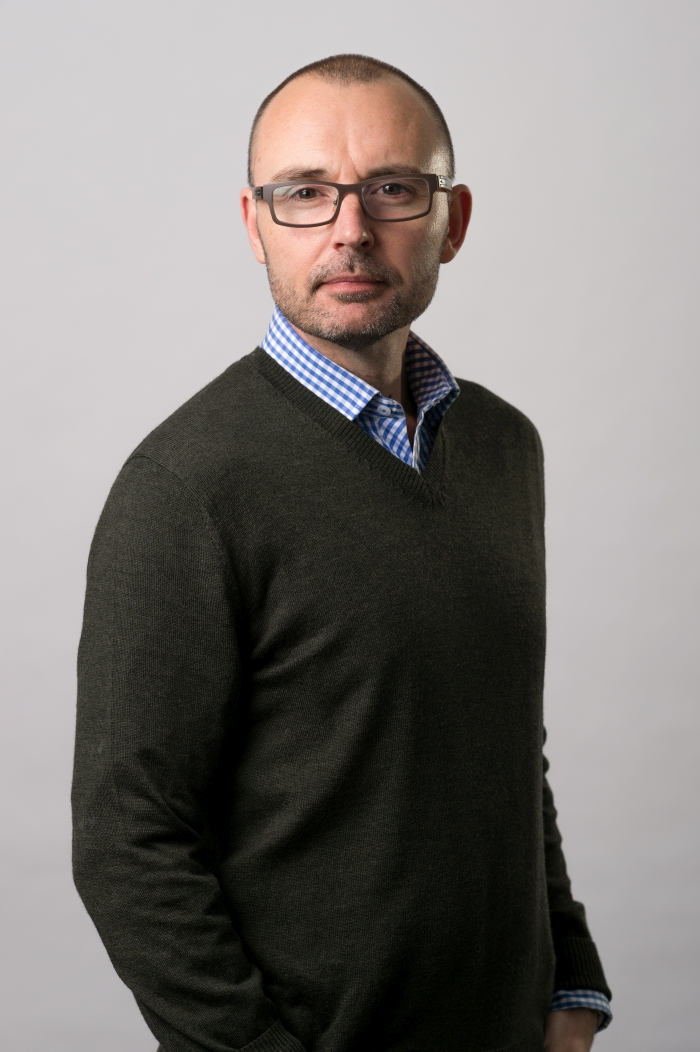 Sharp urges channel to recognise the opportunity in AV

Two years ago, Sharp encouraged its MFP dealers to diversify and start selling its AV products as well. Sid Stanley, General Manager – Visual Solutions Europe, argues there is a real opportunity for the channel. Since he joined the business in 2014, its AV business has grown 150 per cent

“The main objective is still to sell print, but to do so in a mutually beneficial way by providing an expanded portfolio and more value to the customer,” he said, adding: “Since we started selling AV on the direct side two and half years ago, the sales volume through that channel has multiplied by a factor of five.”

Stanley acknowledges that the take up on the MFP dealer side has been less. “Because the change you are asking them to make – what they must do to develop the capability and the capacity to sell something beyond print – is definitely an ask. So, while they recognise the opportunity in AV, many dealers decide it’s not for them,” he said.

There are however other dealers that recognise they must move beyond print and, by diversifying into AV, are enjoying the same benefits Sharp sees in its direct sales organisation, particularly in opening doors, as AV allows them to have conversations at any time. “Then, when they then move up to the solutions level, for example Sharp boardroom displays integrated with cloud and print, they find that they can move from mid-management type conversations to more strategic, C-level discussions,” Stanley points out.

Whilst on the surface, selling large format displays does not look like a complicated business, Stanley recognises it takes some courage to move out of an area you might have been in for many years and to enter discussions with a customer in another area that is completely new. “Conversations that start out simple often become complex, so even where you have good management intent and a programmatic approach to motivating the salesforce, convincing the sales person to take that leap is where you really need to work hard,” he counsels.

“That said, there’s a real need in the market for collaboration and better meetings – those trends are genuine. So, we encourage dealers to bring in one or two specialists and operate an overlay model. The print account manager can do the simple stuff and create simple packages – for example, a reception area screen or a simple screen in the boardroom. Then, when things get more complex, they bring in a specialist,” he continued.

Sharp would support the bigger projects. Its UK business has launched a high-touch demo pre-sales service, where it brings in the screen and unpacks it. “But ultimately dealers need to develop the confidence, the capability and the mindshare within the sales team to become self-sufficient. The ones that do this, as we have seen in our own sales organisations across Europe, will benefit,” Stanley said.

Probably the biggest weakness of AV for print dealers is that it doesn’t have an annuity, or at least not one that’s obvious. “So, when they make a simple comparison between the typical print model and AV, I can understand why for some dealers it doesn’t look attractive. That’s why we make clear that it’s more about the strategic benefits of having a diversified offering and what that says about a dealer’s overall capabilities,” he explained.

According to Stanley the next phase of development needs to be about adopting higher services, like content on-screen and in the classroom and content creation, broadcasting and estate management in retail signage. “But this takes time,” he said, adding: “For now we are reaping the benefits of keeping it very simple, very shrink-wrapped, and not allowing sales organisations – our own and third parties – to overstretch themselves.”

Stanley says that AV distribution is where the volume is and where most customers buy their AV products. Sharp’s growth in this channel is in line with the market and in proportion with the new products it has brought out as a result of the Foxconn investment. “We had a big wave of new products at the beginning of last year (2017), six to eight months into our relationship with Foxconn, and I expect to see a big step-change at the end of this year and in early 2019 as a new wave of products comes through.”

He continued: “What we were able to do very quickly with Foxconn is introduce a volume range (the PNQ range of large screen monitors). Because we had the right product at the right price, we instantly went from zero to 15 per cent market share. The cost efficiencies from Foxconn meant margins were reasonable too.

At the same time, Foxconn said ‘let’s be innovative and enter the emerging huddle space’, so we launched two huddle screens and that was 100 per cent incremental business. The huddle concept is still emerging, but that’s an application we have decided to back and will continue to back as users adopt it. Neither of these things would have been possible prior to Foxconn.”

As reported in PITR last issue, Foxconn has also helped in the development of future technologies such as the 8K camera and display. “That’s recognition that once you introduce financial stability to an organisation, it can start re-investing in R&D. You also become energised and move from defence and survival, which is where Sharp was prior to Foxconn, to attack and proactivity. You start seeing strategic intent and vision coming through, both in terms where you are heading and how you will get there with your products,” Stanley said.

He added: “8K is classic leadership statement: ‘this is where we will be in the 2020s, but let’s become brilliant at it now while it’s an emerging technology’. There’s a big cost and we are not going to get our money back for a long time, but being a leader in 8K, I think, is the basis and foundation for a lot of future success. And it looks amazing.”

At its partner event in Edinburgh, Sharp announced strong financial results. “Business Solutions has two parts, print and audio-visual, and the financials are very strong,” Stanley said, adding: “Print is a challenging market, but having our portfolio is an advantage. If you look at our direct sales organisations in the UK, Nordics and Austria, these are printer organisations, but they now lead with integrated office solutions. They are not leading with print anymore – they don’t want to have that discussion. Obviously, they want to offer that product, but customers today are demanding more – better work?ow, better output, greater efficiency – and that is best served by an integrated approach.”

Around 90 per cent of Sharp Business Solutions revenue comes from print. Stanley points out that that’s more of a comment on how big the print side is, because the AV side has grown 150 per cent since he started running it in 2014. “That expansion is due to channel expansion – we now operate through three channels: direct, MFP dealer and Pro AV dealer; road-map expansion; and entering new categories.”

He added: “We still have a lot of catching up to do from when we were on the defensive. There were many gaps in our portfolio and markets that we weren’t active in, which we are now redressing. Secondly, even if you have the budget and the ability to invest, you have to make the right decisions as you move from survival into proactive mode. We have to think hard about what we bring to market, what choices we make, what to prioritise. There’s still a lot to do there. Then, Foxconn quite rightly expects some return from its investment.”

Sharp sees opportunities in three key areas: education – which is still consuming whiteboards and displays at a huge rate across Europe. Sharp is the market leader in the corporate meeting and boardroom space, and Stanley says it will need to defend that position; and then there’s signage, which he says is probably half the addressable market and a new area for Sharp.

“We have started to introduce our first signage products and intend to offer real choice in that area. Not only have you got to build the right product at the right price and with the right features, but partners expect a solutions ecosystem. We’ve now got all those fundamentals in place.”

He added: “Probably our biggest challenge is balancing areas that are in decline with fast growing markets – balancing those different trends and ensuring we remain on a stable footing.”

Stanley is confident that Sharp can do that. “The people we have in Sharp have been to war and back. And when you’ve been to war and back and had a near death experience, you become resilient and tough and resourceful. Sharp has a strong pool of talent and, while we are ambitious and forward-thinking, we are a pretty humble group. Sharp is not an arrogant brand. We go about things in a very human way and I think people appreciate that.

“There is definitely space in the market and in all our categories for a forward-looking Japanese brand, with good backing behind it, good inventive capabilities, good channel programmes, a channel-centric approach and a great product range,” he said in conclusion.