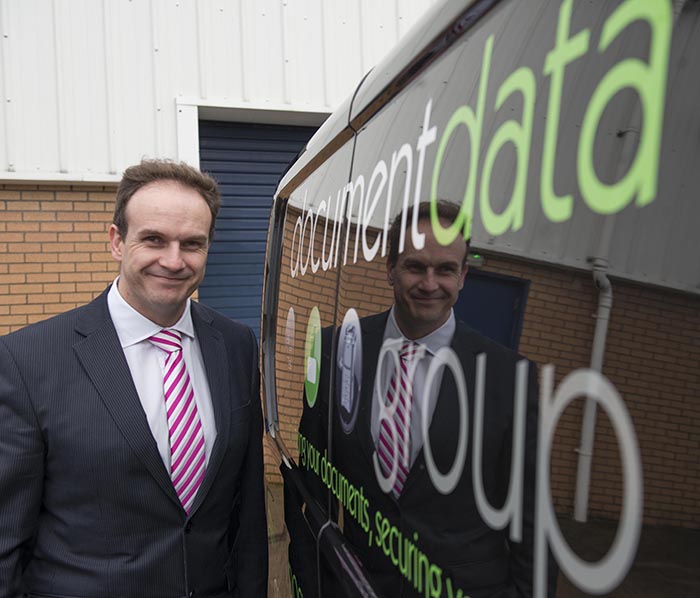 Document Data Group, the fast growing East Kilbride-based MFP, MPS and document management specialist, is celebrating a 50% increase in sales and a 14% increase in margins in 2015.

Growth at the company, which includes the opening of a Dunfermline office to target businesses in the east of Scotland, has been backed up by the appointment of an experienced management team. This includes Steve Young and David Black, formerly of Concept Group (now Xerox), as Group Sales Director and Sales Director respectively; and Ben Whitehead (shown in photo), formerly of Canon, as IT Director.