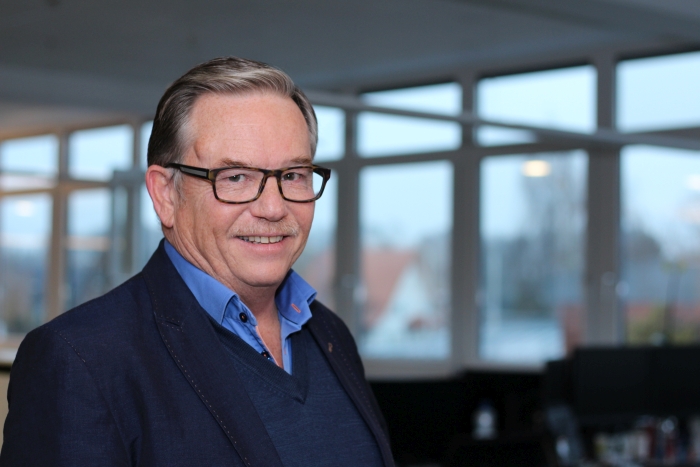 Synaxon UK to build on ten years of success

Synaxon UK which has more than 600 member companies operating in the IT and office products channels and partnerships with over 40 vendor, distributor and services suppliers, is part of Germany headquartered Synaxon AG. The parent company has over 3,000 partners that generate around €3 billion of gross external sales annually, representing 15 per cent of the German market.

Jones, who established the UK operation in 2008 and has steered the organisation through more than a decade of success, is now taking up a senior executive role in which he will concentrate on broadening and deepening relationships between Synaxon UK and its channel partners and members. He will also continue to be a member of the managing board of Synaxon AG.

Frank Roebers, Synaxon AG Chief Executive Officer, said: “Derek has done a remarkable job in firmly establishing Synaxon as the leading channel services group in the UK over the past decade. We thank him sincerely for his diligence and determination. He is a key member of the management board and we now expect him to play an even more vital role in shaping our growth strategy, whilst continuing to be the figurehead for Synaxon UK and helping us to extend our strategic business partnerships.”

Although born and raised in Germany, Jones told PrintIT Reseller that he will continue to live in the UK. “In this new role I will continue to work closely with the UK management team and also with the operational teams in Germany, in reality, doing more of what I have been doing for some time,” he said.

Synaxon UK will become a true subsidiary of the European operation. “In the UK, we have three very capable managers, looking after their own areas, each department will in essence become a sub-department of the German corporation. The only real change is that the team will report directly into the parent company as opposed to via me, which will improve the speed of decisionmaking,” Jones explained.

“There is a lot going on,” Jones said. “We are looking at a rapid expansion in infrastructure and people and we can’t achieve that under the old system of working through the funnel of one individual.”

Significant investment
According to Jones, 2019 is set to be a year of ‘significant’ investment for Synaxon UK. Plans in place include expanding the group’s UK headcount and introducing a number of major new services.

“The parent company is committed to investing heavily in the UK organisation this year to expand the breadth and depth of services we offer to our UK members and channel partners. This will make the group even more integral and essential to the fabric of the UK’s IT and managed services channel,” he said.

While many of the new services and initiatives will be announced at the annual member conference, which takes place at Jury’s Inn hotel, Hinckley on June 20 and 21, Jones said that the group has already begun to roll out and implement a number of new initiatives.

One example is a new invitationonly club for CEOs and MDs aimed at larger Synaxon members. The group also recognises that managed services are integral to its members, it acknowledged the noticeable shift in business towards managed services at last year’s member helping members succeed in this arena is very much a part of Synaxon’s and the channel’s future.

“There are big opportunities within the managed services space and one of the things we are working toward is making a white label remote monitoring and management (RMM) system available to members via EGIS. We have developed our own software to enable our members to remotely manage all of their customers’ endpoints for increased efficiency,” he said, adding: “It has been designed for members looking to get into the lucrative managed services space but who aren’t true MSPs, this solution provides them with a flexible costeffective way to capitalise on this.”

The group is also looking to ramp up its efforts helping members to skill up. “The Academy, still is in its infancy in Germany, is geared to enable members achieve success by developing soft skills in a number of areas, we will further develop this as a service to our members,” Jones explained.

Central trading service
Synaxon is also continuing to add to the EGIS procurement and information system, with the aim of making it the umber one pricing, availability andprocurement tool in the channel. “EGIS really is the core of the UK business,” Jones said, adding: “Members can easily check the availability of stock and pricing and place and manage orders with all of our distributor partners. We are now working towards creating a comprehensive central trading service whereby members can buy on account directly from Synaxon as opposed to via a distribution partner.”

Recent developments include Synaxon enabling VARs and MSPs to benefit from the Microsoft Cloud Solution Provider (CSP) programme. Cloud-iQ, a single-pane-of-glass solution that’s available via EGIS, makes it straightforward for Synaxon members to sign-up for the programme and to provision customers for Office 365 and other Microsoft cloud solutions. It also provides complete control over customer management and billing. The group has also successfully launched F-Secure products through the portal and will continue discussions with other vendors to make their ranges fully available through EGIS as well.

According to Jones, this has been a huge success, with many more members signing up and attending the regular one-day briefing and networking events than they first anticipated. “We have more than 60 members now which is great, we are really pleased with that,” he said.

Jones believes that the way the SynMSP meetings are structured is integral to the category’s success. “We are all about our members and we want them to shape the future strategy and direction of our MSP programme. We have an advisory board that act as a voice for participating members and also set strategic goals and direction for the group.”

He continued: “One of the key features of the meeting is the ‘great table hop’. Each of the vendors join separate tables of between eight and 12 SynMSP members for a period of around 20 minutes, providing an opportunity to interact, exchange views and build relationships, then they move on to the next table. Each table is chaired by a member of the SynMSP advisory board. Essentially the events are run by the members, Synaxon is simply the facilitator.”

Geared for growth
Growth is firmly on the cards for the channel services group. Jones wouldn’t confirm how much budget was to be allocated to invest for growth, but he did say that 2019 will be a ‘big investment year’ for the group.

“The 11th anniversary year will be a pivotal one,” he said. “We are looking to remain a commercially robust organisation and plan to grow our membership base as well as the services we offer. By mirroring the great things that have been achieved in our German operation, we are confident we will deliver on our growth plans.”

In conclusion, Jones said that he was excited about taking up this new role. “For me it is a natural evolution and after ten years of working extremely hard to establish Synaxon as the leading channel services group in the UK, one that I am relishing.”