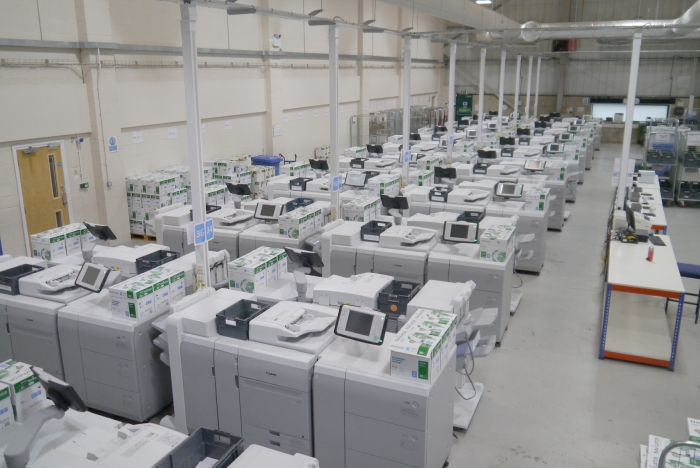 Canon has secured its largest order of imagePRESS C850 digital production presses with investment in 85 units by Synertec, a fast-growing consultancy which is now the world’s single biggest user of the Canon imagePRESS C850 system. One device has been installed at the company’s headquarters in Wellington, Somerset with the further 84 split between its production sites in Bristol and Warrington.

Experts from the UK, Europe and Canon’s headquarters in Tokyo, Japan, joined forces for the complex technical evaluation and negotiations over 15 months, to help Synertec invest wisely in a deal that will be worth around £5 million over three years. Synertec, with a turnover expected to grow in excess of 20% annually, currently produces around 14 million impressions per month on the imagePRESS C850s.

Synertec cited equipment capabilities and performance, project team expertise and responsiveness alongside a sound financial proposition for its reasons behind appointing Canon as its new business partner.