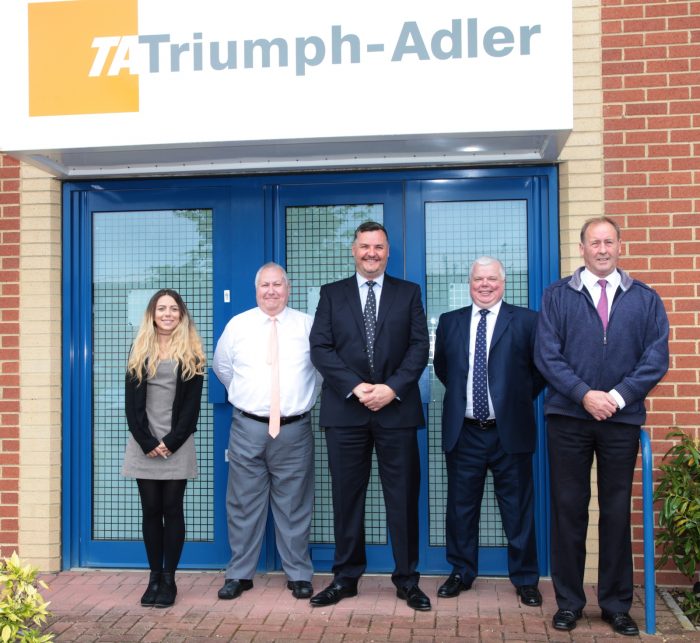 At the start of this year, to help drive expansion, TA Triumph-Adler appointed Sean Howarth, who worked at Danwood for over 18 years on national and corporate accounts as Head of Sales.

Since his appointment, Howarth has been actively recruiting new members to join the field and telesales teams. Jamie Cope (pictured) started her new role as part of the telesales team in March and a new member will be announced next month. The company will continue to recruit and says that the team will be at full strength by the summer.

Having outgrown its HQ, TA Triumph-Adler has leased a further 1144 sq. ft. adjacent to its existing premises. Managing Director Shaun Wilkinson said: “We have been growing our UK sales year-on-year, and our combination of an outstanding software-solutions team who focus on providing the best solution rather than making a sale, has reaped benefits across the entire group.”