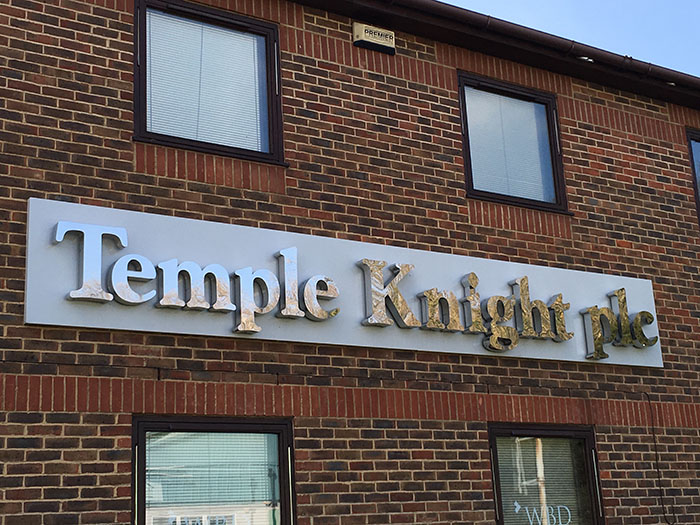 For three decades, Kent-based Temple Knight has continued to evolve, while remaining true to its roots.

Richard Chapman, former European General Manager of NEC, saw an opportunity to make money in fax machines back in 1986, and one day decided to set up his own business promoting what was then the very latest technology.

Initially, Temple Knight focussed purely on selling fax machines. Then, during the late 1980s, when no one seemed to be buying new equipment, Richard established a service operation, which remains central to the business today.

This year, Temple Knight is enjoying a double celebration – 30 years in business and 20 years since Richard’s son Simon joined the company. Simon learnt the business from the ground up, and five years ago was appointed Managing Director.

Over the past three decades, technology has moved on dramatically and when it became apparent that fax was becoming obsolete, Temple Knight was quick to reshape and expand its offer, selling refurbished copiers alongside other hardware.

“We had a Develop dealership and successfully sold new kit, but by far the biggest revenue generator over and above service, for a long while was refurbished devices,” said Simon.

He adds that the company’s servicing operation has been a great help in generating new business. “Since day one, it has opened doors. When legacy equipment we were maintaining reached end-oflife, we were naturally best placed to sell customers replacement devices and that applies just as much today.”

Simon took over as Managing Director five years ago, in the company’s 25th year, instigating a new period of change. “We had a strong heritage – we were essentially a young company – but we also had some old age problems that we needed to remedy if we wanted to be around for another 25 years,” he said.

Simon adds that taking the company in a new direction has involved some tough decisions. “We had to restructure the team, upskill our people and further improve our IT expertise to ensure we maintained our reputation as a first-class service provider.”

To ensure sustained, steady growth, Simon has put in place targets to increase MIF and further expand the firm’s printer maintenance base. In addition, he has introduced bespoke and personal consultation services to help businesses manage

their printing costs and reduce their overall spend.

About four years ago the company became a UTAX partner. “We already carried Develop and Ricoh products. But we got involved with UTAX with a view to really focus on selling new, as opposed to refurbished, devices,” explained Simon.

“It was only at that point that I realised that selling refurbished machines actually closed more doors than it opened! We usually sold in ones and repeat business wasn’t actually that common. But when we started pushing the latest technology alongside associated software solutions, people looked at us in a different way and purchased in multiples,” he said.

Temple Knight is a lean operation, with all members of staff playing a pivotal role. “Our engineers are fully trained in all the equipment we service and repair. In addition to manufacturer training, we operate an in-house training program, which we believe is second to none. We also have a highly qualified service team and parts department with links to manufacturers and suppliers across the globe.”

From its Edenbridge HQ, the firm serves customers from Birmingham to Southampton and Swindon to Margate, and can, when asked, provide a nationwide service. “London is also a huge market for us,” added Simon.

Looking ahead to the next 30 years, Temple Knight has a clear plan in place. “We’re not looking for massive growth,” explained Simon. “More steady, sustainable, singledigit growth.” The business is a stable, cashrich operation with a loyal

customer base and a strong workforce, many of whom have clocked up ten or more years’ service.

The firm’s office, workshop and warehousing are currently spread across three sites but the company is planning to purchase new premises next year and move everything into a single location. It is also looking to extend its geographical reach.

“We would like to extend our operations to the north of England. Manchester would be a good place, but that depends on us finding the right business that we can purchase at the right price,” said Simon.