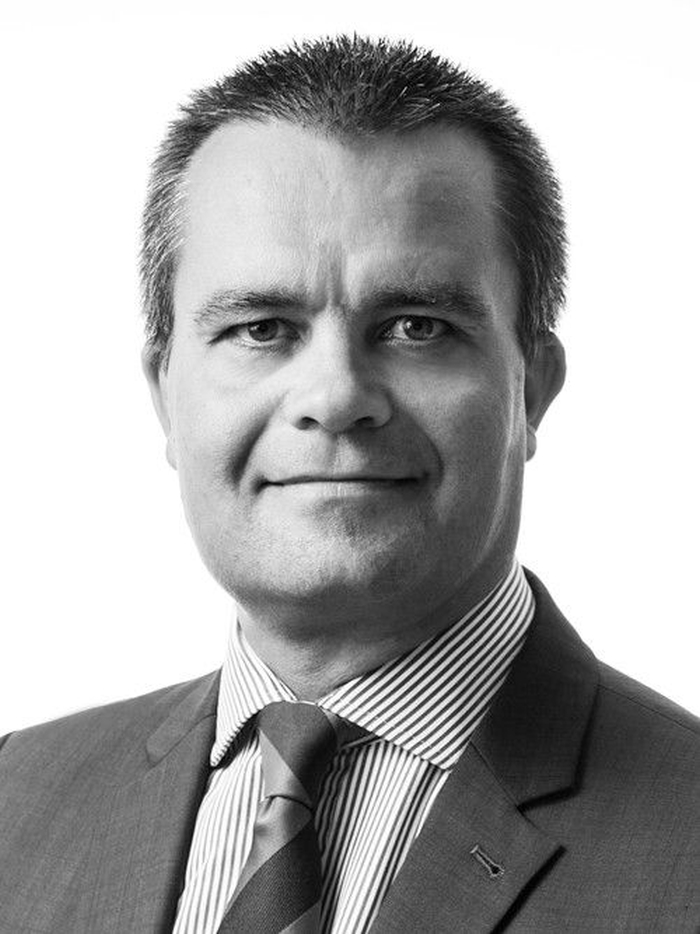 The IDC Worldwide Quarterly Hardcopy Peripherals Tracker, May 2018 positions HP as the number one vendor with 40.9 per cent market share

With the acquisition of Samsung’s printing business, HP Inc. ramped up its market share and it’s a safe bet to assume that following the recent acquisition of Apogee, it will look to convert the company’s not unsubstantial MIF to HP devices, which will certainly serve to reinforce its dominance in the printer market.

Alastair Adams, Director of Commercial Group and Divisional Director of its MPS business agrees that there may be pressure on Apogee to sell more HP products. “This would be advantageous if customers saw Apogee as part of HP and not so independent. If HP invests in Apogee, then it will make it stronger, which will affect the companies competing directly with it,” he said.

Apogee has historically been a multi-vendor provider, supplying brands including Xerox, Ricoh, Konica Minolta, Canon and Kyocera – it will be interesting to watch how those relationships pan out in the coming months and years.

“In a market where manufacturers like Canon and Ricoh offer the top tier, trusted solution, it will be interesting to see how corporate customers respond to the idea of switching to HP equipment,” said Jason Spencer Director, Systems Technology, adding: “We are proud to be an independent business, ideally positioned to support our corporate clients with fully-accredited supply and service propositions for both Canon and Ricoh.”

Apogee bills itself as Europe’s largest independent provider of print, document and process technology and outsource services. It has always promoted its unique approach to managed services, proactively monitoring its clients to maximise their uptime and the innovation it employs to maintain a portfolio of services which differentiates it.

“Since they acquired Danwood, it was an open secret that they had a ‘flog it or float’ mantra within three years,” he added.

In the last issue of PrintIT Reseller, IDC analysts Jacqui Hendriks and Sharon McNee, described the acquisition of Apogee as a very strong offensive and defensive move by HP Inc. in the battle to conquer the market.

Adams concurs: “This is a bold move by HP. It is about scale and improving its national coverage overnight through access to Apogee’s customers. It has been said that Apogee will run as its own entity, it’s already a powerful competitor and the acquisition by HP doesn’t make it more of a threat in the short-term.”

A major channel player Apogee is without doubt, a major channel player. The company has completed multiple acquisitions and alongside many smaller dealerships, has absorbed two of its biggest rivals – Danwood and Balreed into the business. IDC says that by choosing to acquire rather than partner with Apogee, HP Inc. is imitating the approach traditional copier market players adopted in order to increase their customer base and limit opportunities for their main competitors.

Evans said: “HP had cash to burn since they split the business a few years ago and buying Apogee stops the competition from buying them. Also, it gives them a platform to push the placement on their A3 devices as they have not had the sales success that they would have probably liked to date. They have two completely diverse cultures, so it will be interesting to see how this acquisition goes.”

Apogee is a profitable and progressive dealership with strong capabilities in contractual printing services and solutions, an experienced leadership team and access to SMB and mid-market customers. This collaboration with HP will undoubtedly create a ripple effect on existing HP dealers as well as the wider market.

He added: “HP has outlined how this will work and we really need to see how it takes shape over the coming months and once the deal has completed at the close of this year.”

Steve Hawkins, Chief Executive, at Xeretec says he believes much will hinge around what HP plans to do with this asset, and whether they will use this as a springboard to consolidate the UK channel, which is a clear opportunity for them. “I’m sure HP is working to address these challenges. In the meantime, an announcement of this scale may spur other manufacturers into reviewing their channel and growth strategies, so it’ll be interesting to observe how they respond to this development,” he said.

Evans believes it’s too early to see how this will affect HP channel business. “However it would be a major own goal if HP disrupted their channel business as Apogee will never achieve the HP sales numbers that the channel does for them currently and in the future,” he noted.

“Some dealers are understandably nervous that Apogee may get preferential treatment and may look at alternative vendors. If the dealers are professional and work hard they can still have success selling HP products and services,” Evans added.

“My gut feel is that HP will have to overcome dealers’ scepticism that the acquisition of Apogee has made them a competitor, if the channel is to continue as before,” said Phil Madders, Managing Director, Print Audit Europe. “I am betting that every competitive OEM is pointing this out at every opportunity, as they scramble to repair the damage done to their own sales channel.”

Conversely, Julian Stafford, Managing Director at Midshire Business Systems Northern argues that HP’s acquisition of Apogee will in the long-term assist the other HP dealers. “It will accelerate HP’s change from their current transactional model to a more contractual one. In the short-term I think HP and Apogee will be very busy just getting to know each other… it’s going to be interesting to watch from the sidelines,” he commented.

Speaking to the wider market impact, Madders said: “I am not sure it will affect it too much – ordering a HP printer from Staples website will still continue as before as they are not interacting with the HP dealer community directly.”

“Like Brexit, nobody can know for sure. However, I believe from HP’s perspective this was a clever move following their Samsung print acquisition as they build toward being a core player in the A3 market. It will also strengthen their managed print services proposition.

“Acquiring partners by vendors has been a strategy that has been played out previously by a number of other ‘copier’ centric brands such as Ricoh, Xerox and Kyocera.”

INTERESTING ONE TO WATCH

“This one was certainly more of a surprise than other acquisitions, and as such I think it is diffcult to see what the impact will be right now. Apogee’s IT services division was clearly part of the appeal for HP in my opinion, rather than acquiring a print only partner of similar size and stature, but I understand some of the concerns from other HP dealers in the channel.

“There is no doubt that buying power and ?exibility for Apogee will be stronger where HP solutions are concerned, and against an already forceful competitor in Apogee, other HP dealers may feel a little hard done by and

unimpressed at strong competition becoming even stronger as a result of HP’s own actions.

“HP will have a tough job calming nerves of dealers in some places, however the well-known loyalty of HP dealers in general works in their favour. The cultural integration between HP and Apogee will be an interesting one to watch over the next few years too.”

“I think there will be a large impact on the wider market. It raises so many questions over how HP will integrate the businesses to create a clear, consistent channel strategy. I’m intrigued to see what they’ll do so as to maintain the integrity of their channel strategy and manage the con?ict between their direct/acquired business and their channel partners.

“From Xeretec’s perspective, we’re proud to be the UK and Ireland’s largest privately owned independent provider of managed print and IT services. We are able to carefully select the right technology to meet the growing and diverse demands of organisations. Our independence gives us clarity of choice and enables us to always represent the best interests of our large client base in both the private and the public sector.”

“The HP brand holds a lot of gravitas generally. But traditionally, not so much as a core partner for the MFP (OA) channel, ultimately the question is how HP can accommodate the high service and support expectations of the MFP (OA) Channel.

“HP is a strong player in the IT channel/transactional scene, and perhaps the partnership with Apogee will help educate HP further on the explicit demands and expectations of dealer principals from our OA Channel.”

MAJOR ON THEIR OWN OFFERING

“As we have seen with other manufacturer-led acquisitions, at some point the new owner will want their acquisition to major on their own offering. It is therefore likely that this will result in HP resellers competing against Apogee.”