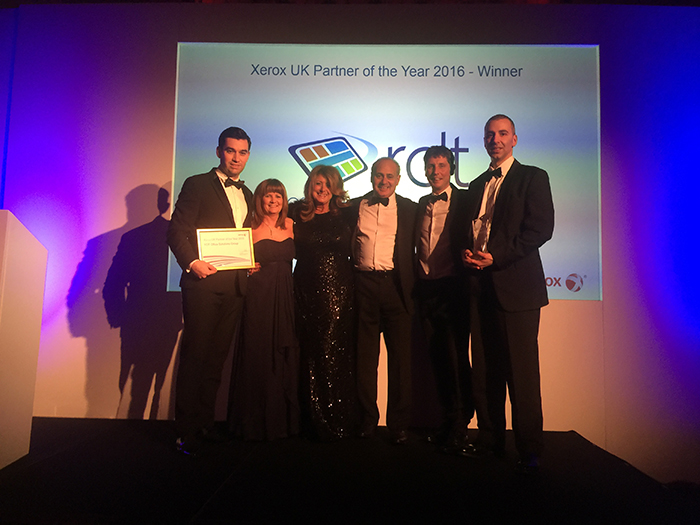 Donna Marley, Director and UK General Manager of Xerox, said: “Over the last five years, RDT has focused on a very deliberate plan to drive exceptional growth in its business, by transforming itself from a hardware-centric sales organisation to a solutions and services business. The company has shown impressive results every year since 2010, and last year was no exception, with 15% growth. Not only that, it has virtually tripled the business delivered to Xerox over a five-year period.”

ZenOffice Managed Print Services picked up the 2016 Xerox UK Gold Partner award. Dale Needham, MPS Director at ZenOffice, said: “Our success is achieved through effort and investment in the best people in the industry. We are committed to providing our customers with best-in-class solutions, and this has led to some phenomenal results over the last four years.”

In 2015, the company achieved Gold Concessionaire status within the Xerox Global Partner Programme, placing it amongst only a handful of Xerox Gold partners in the UK, and grew turnover by nearly 30% to over £14m.

Tracy Rabone, Xerox Channel Business Manager, said: “The award is truly deserved and the result of some serious hard work by a team of talented, dedicated and tenacious people.”