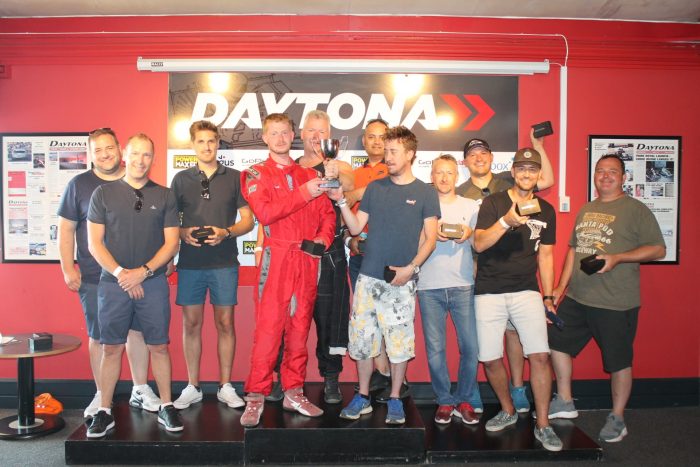 27 teams lined up on the starting grid at this year’s Toshiba Karting Cup Challenge, which took place at the Daytona race track in Milton Keynes on 5th July.

Now in its fourth year, this has become a hotly contested event, with print and barcode dealers from all over the country taking part.

Glasgow based NCS drove off with this year’s champions’ cup. Nick Morfoot dedicated the team’s win to Dil Srivastava, a real character in the industry, who sadly passed away last year.

Managed Technology ran a close second but couldn’t quite recapture their glory years of 2015 & 2016. The third podium spot went to Key Office Solutions, who slipped down one position from the runner’s up position last year.

Chris Mills, indirect channel marketing manager for Toshiba, said: “I’d like to thank all of the teams for coming along and making it such an enjoyable day. To run an event like this for over 100 people from our network was a great pleasure. The event is really growing in popularity – we had all of the home nations represented at this event, with teams even flying in from Northern Ireland – and we look forward to a similar turn out in 2019.”