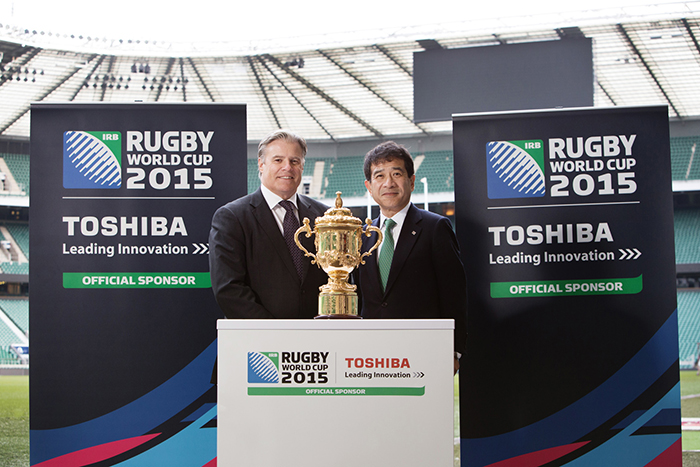 Rugby World Cup that Toshiba has sponsored. As part of the sponsorship agreement, Toshiba will provide a range of products to help with the running of the event. In return, it will have advertising on perimeter boards at

each of the tournament’s 48 matches.

Noriaki Hashimoto, Corporate Vice President, Corporate Representative EMEA, Toshiba Corporation, said: “Toshiba is delighted to be continuing its successful partnership with the Rugby World Cup. The tournament is one of the world’s greatest sporting events and we’re looking forward to playing our part in bringing the power and the passion of the games to a bigger audience than ever before.”

Toshiba has a long history of supporting rugby. It is the Official Sponsor of the Japanese Men’s team, also taking part in the Rugby World Cup 2015, and has its own team, Brave Lupus, which competes in Japan’s Rugby Top League.