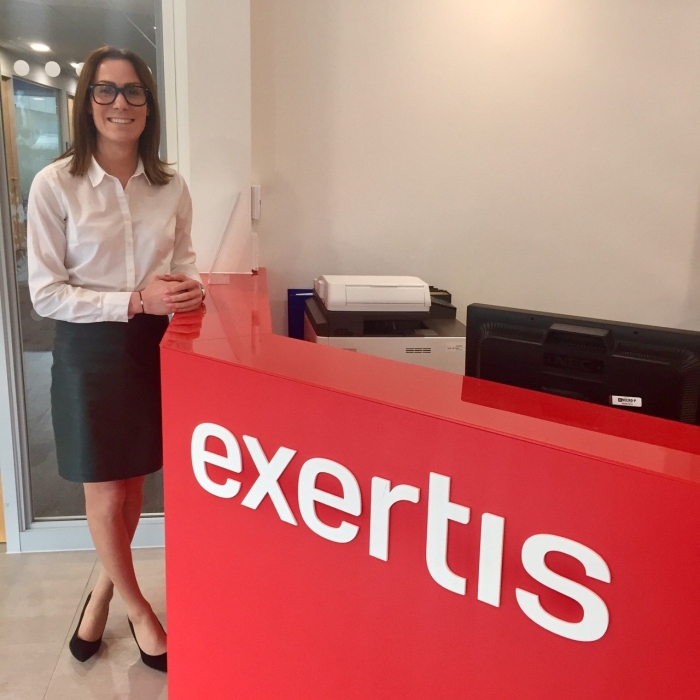 In November, the Exertis print business had its best ever month, following two and a half years of investment in infrastructure, services and personnel. James Goulding finds out more about the distributor’s evolving print proposition from general manager Jamie Brothwell

November 2016 was a record month for the Exertis print business. But it was no flash in the pan. In the two and a half years since Jamie Brothwell, previously head of channel sales at Samsung, was appointed general manager of the distributor’s print business, Exertis has been quietly transforming its print proposition.

“This was the third year of our project,” said Brothwell. “Year 1 was getting things straight; Year 2 was consolidation and steady growth; and Year 3 was the time when we made the investment in people and structure – and now we’re seeing the results.”

Exertis is part of DCC, an Ireland-based investment company. Sitting in 67th place on the FTSE 100, DCC specialises in distribution businesses across diverse industries, including oil and gas, healthcare and technology.

To this end, it recently acquired two more businesses – enterprise and storage distributor Hammer and specialist AV distributor Medium – and has its sights set on an additional 20 plus acquisition targets.

Exertis is not relying solely on acquisitions for growth; it is also investing significantly in systems, infrastructure and existing operations to drive organic growth, including a state-of-the-art, 450,000 square foot national distribution centre in Burnley Bridge, which opened in January.

Exertis acts as distributor for nine printer brands, of which it is the UK’s number one distributor for seven, and four scanner brands. It also distributes four brands of 3D printer, though this side of the business is managed via the company’s supplies business.

“We acquired the Advent Data supplies business in the mid-2000s. Effectively Advent Data provide the supplies and we focus on print hardware. Moving forward, we’re collaborating a lot closer so that we bring a united proposition to the reseller channel,” explained Brothwell.

Currently, revenue is split roughly 50:50 between Retail and B2B/OA.

The print business operates from Basingstoke (commercial operations, retail and southern B2B sales teams); Altham (finance, customer services and the northern B2B sales team); Norfolk (set up last year to specialise in MPS and document management for OA dealers, also soon to be responsible for large format printers); Elland (supplies); and the new distribution centre at Burnley Bridge, which will also accommodate a printer/scanner showroom where resellers, dealers and end user customers based in the North can view the latest products and technologies.

Brothwell says that whilst Exertis operates across the technology spectrum, each product area is run individually, a strategy that encourages specialism in specific technology areas.

“In print & scan we own the P&L and we own the strategy. This approach means that Exertis is a specialist in many technologies, rather than just a broadline distributor,” she explained.

“Between us, we have 65 years’ experience in selling into the print marketplace, which in our opinion is unrivalled,” said Brothwell.

Exertis’s in-house printer specialists are backed up by vendor-trained sales people from Epson, Samsung, OKI, Brother and Ricoh. They sit on the Exertis sales ?oor and, as well as supporting Exertis sales people, can help resellers develop sales opportunities and tender responses.

“We have outperformed the market by bringing experience into the business; by understanding different channels, such as office automation; by building a service proposition that, in my opinion, is best in class; and by focusing on print. We don’t believe there are many other distributors focused on print at the moment,” said Brothwell.

Among the added value services it now provides to its customers are virtual warehousing and next day delivery, so resellers don’t have to hold stock; product configuration in the warehouse, saving dealers the time and expense of doing it themselves; deliveries direct to the end customer site (down to a specific floor); packaging disposal; marketing and telemarketing services to help customers with business generation; flexible payment terms; and credit insurance via an exclusive agreement with Chubb.

“Our competitors tend to use Euler, we use Chubb. If two competitors both insure with Euler, they’re effectively sharing one credit limit. Through our agreement with Chubb we are bringing a completely new line of credit to the marketplace that was not previously available, and that’s been hugely beneficial to the dealer channel,” explained Brothwell.

Arguably, nothing highlights Exertis’s determination to be the UK’s number 1 choice for printer distribution more clearly than the development of a managed print specialism for the OA channel, which not only broadens and strengthens its print offering, but demonstrates the company’s indepth knowledge of the UK printer market.

Brothwell says that treating print as more of a specialist sale and developing its proposition accordingly has already had a big impact on Exertis’s business and is transforming the way vendors and OA dealers view the distribution channel.

Brothwell is confident that, as a result, a number of vendors will consider moving their copier channel fulfilment business to distribution.

“My prediction is that over the course of the next five years, we will see more migration to distribution. The print market is becoming more competitive, margins are being trimmed, the average selling price is falling, so everybody needs to look at their cost of business. We are geared up to ship one box to a customer (or to site), the next day and in the configuration they want. Whilst a manufacturer is capable of doing this, it’s not what they are primarily good at. We’ve had conversations with leading brands in the copier marketplace and they are now looking at distribution. I think the brands that are entering that space and seeing huge growth, such as Samsung and Lexmark, have proved that it works.”

IT resellers’ increasingly arm’s length relationship with printers is influencing the service that distributors provide in other interesting ways, including the need to be more proactive in demand generation.

“The reseller channel nowadays does not touch product and because they don’t stock products, they don’t necessarily have ‘stock pressure’, so it’s up to us to work with the IT reseller to deliver compelling selling messages to the end user, to make their phones ring. If a reseller’s got three or four distributors vying for its business, offering the best price on a feed that they can ship the next day, we need to do more than just put a price on a feed,” explained Brothwell.

“That’s why do all the things we do, like having sales specialists to support customers; dedicated account managers who understand print; marketing and telemarketing services; virtual warehousing; next day delivery; configuration of product; installation. When you start to paint a picture of what we do, it’s a very compelling story.”

Brothwell added: “We want to get to a stage where we don’t talk to our customers about price, but talk to them about the service that we can offer them and the total proposition.”

There are a number of bumps in the road ahead for Exertis, notably the fall-out from HP’s acquisition of the Samsung printer business – Exertis is not an HP print distributor and Samsung is its largest client, so any changes could be disruptive. However, Brothwell is confident that Exertis can maintain its upward trajectory in print.

“All our brands are doing well and we are seeing growth across the board – in print and in scan; in retail and IT; and in OA – and that’s because we’ve got a good structure, good people, a good brand and a great company that’s investing in what we’re doing and that believes in us and backs us,” she said.