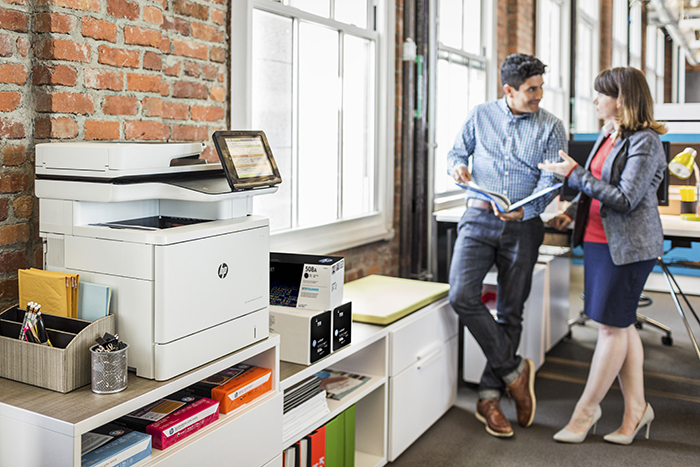 HP has turned a spotlight on printer security with the announcement that it will be incorporating self-healing security features into all new HP LaserJet Enterprise and OfficeJet Enterprise X printers.

HP said it was incorporating the features because printers are often overlooked as a security risk. Research by the Ponemon Institute shows that even though 64% of IT managers think it likely that their printers are infected with malware, almost half (47%) do not have a security policy that specifically applies to network-connected printers.

The new features include:

HP Sure Start. Already used to protect HP Elite PCs, HP Sure Start automatically protects the deepest level of code that configures all hardware modules in the printer. If it detects the BIOS code is compromised, it recovers using a safe, hardware-protected version of the BIOS;
Whitelisting. This automatically checks the signature of hardware components and all protocols to ensure that only known firmware can be loaded and executed on a printer; and
Run-time Intrusion Detection. Developed in partnership with Red Balloon Security, this provides in-device memory monitoring for malicious attacks while the printer is running. If it sees a problem, it stops the printer and automatically reboots the device back to a safe state.

Speaking at the launch of the printers, Patricia Tibis, Distinguished Fellow of the Ponemon Institute, said: “People don’t think of a printer as being nefarious actor on the network, but it has actually become just like a PC: printers are smart, they are intuitive, they think, they store, they forward, they have brains like a computer does.” Ponemon research shows that one in 10 organisations has experienced a data breach involving a network-connected printer. Moreover, 50% said that one was likely or very likely to have occurred.

In addition to its security features, the new 500 series features low-melt HP Colorsphere 3 and Precision Black toner. The use of low-melt toner has enabled HP to reduce energy consumption on its devices by up to 53% and increase print speeds and the first page to print by as much as 48%. At the same time, thanks to smaller, more robust toner particles, HP has increased page yields by 33%.

It has also been able to shrink devices by as much as 40%, while improving performance, for example, with auto duplex at the rated speed and a larger paper supply. Throw in an attractive all-white design and ergonomic features like a slow-close lid, easy slide-off glass platen and adjustable touch-screen and it is easy to see why HP has won red dot design awards for the MFP M277 and the M553.

For more details about the printers and the Ponemon Institute research, see next month’s issue.