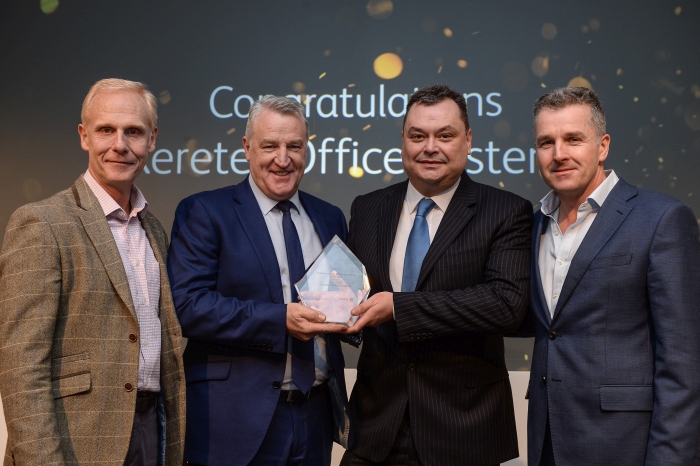 Xeretec was awarded two prestigious accolades at the annual Xerox Partner Congress. The company was honoured with the Platinum Concessionaire Partner of the Year Award, in recognition of an exceptional year which saw it deliver 19% revenue growth, surpassing its performance in 2016.

Additionally, Xeretec was named Xerox Finance Partner of the Year. The accolade rewards Xeretec’s success in rising to and overcoming the challenges presented in 2017, by writing the largest number and highest value of contracts with Xerox Finance. Xeretec achieved 82% volume growth and 70% penetration growth, finishing the year as the number one Xerox Finance partner.

Chief Executive Steve Hawkins, said: “2017 was a significant year as it set the foundation for our future from a service, solutions and team perspective. What hasn’t changed is our ongoing commitment to Xerox’s long-term success, which is reflected with our performance in 2017.”